New lease of life for iconic historical structure in Donegal

The work was carried out under strict conservation guidelines 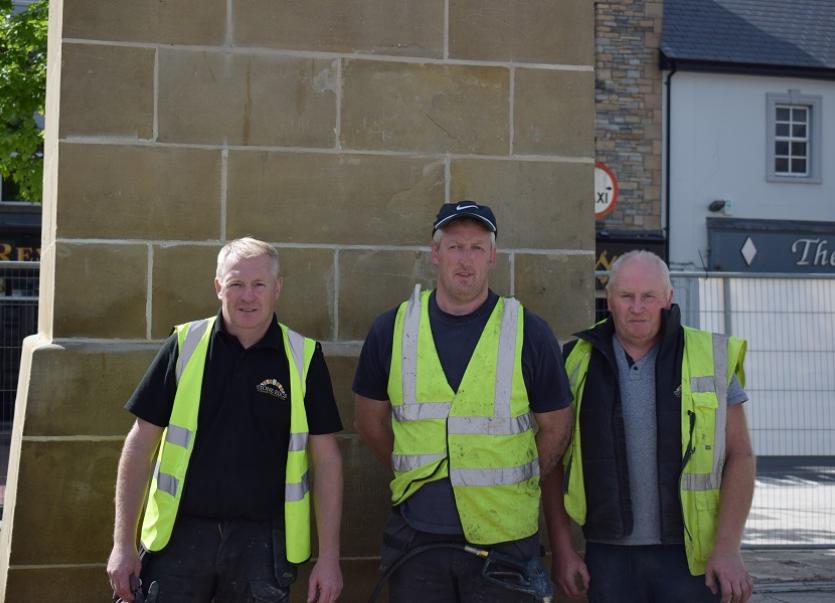 Carved from the very fabric of the local land, the Four Masters Monument is a celebration of Donegal’s proud history, heritage and craftsmanship.

And now, thanks to the skill and care of local contractor Brendan Brady and a small team of specialist conservationists, new life has been breathed into this unique structure.

Over the last few weeks and months, Mr Brady has learned much about the history of the monument. And he has used the rare opportunity of being up close to the intricate celtic motifs to create a photographic record of its current condition and of the incredible stone carving and design skills that went into creating the obelisk.

Mr Brady has also photographed the ‘signature’ of the master stonemason, Tony McColl from Drumkeelan, Mountcharles which appears at the top of the monument. 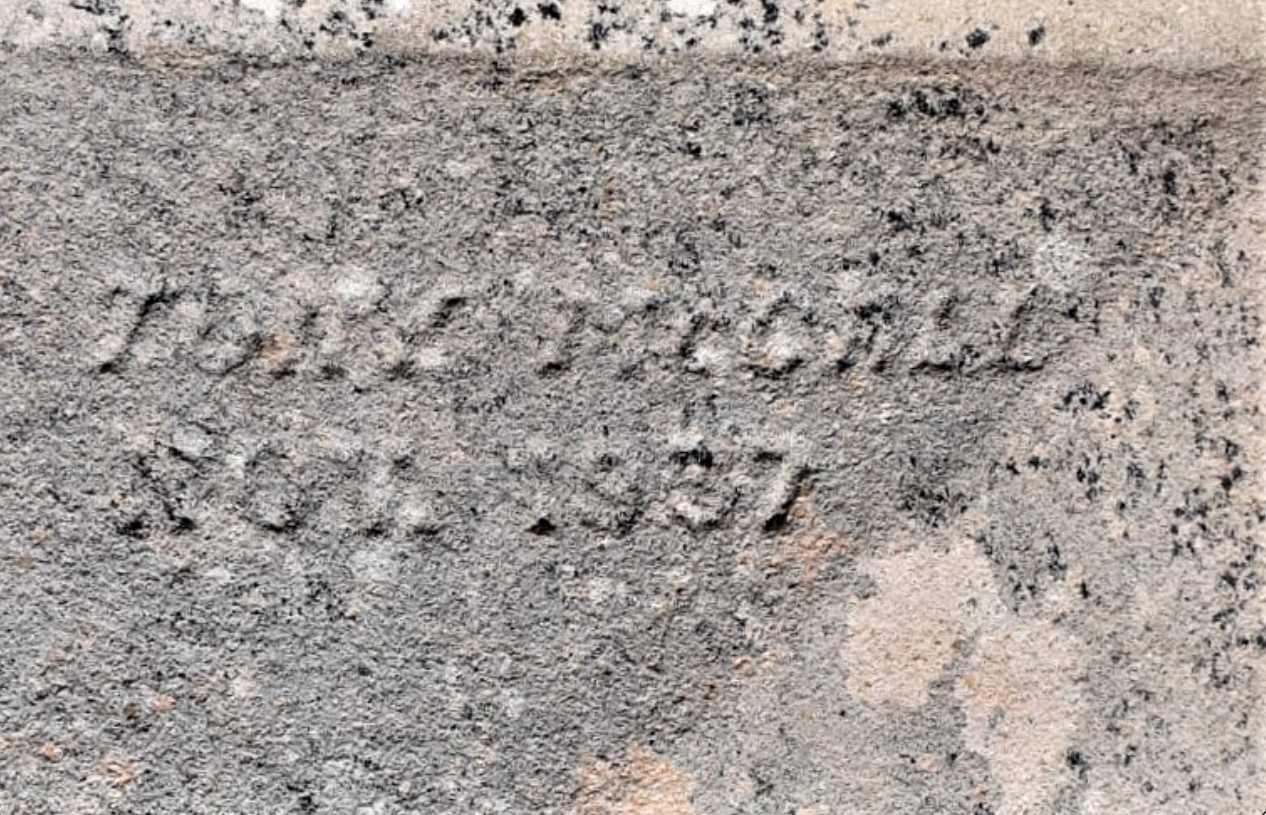 While preparing for and carrying out the conservation work, Mr Brady learned much about its history.

“They placed fir tree branches in the founds because of boggy ground in the Diamond area,” he said.

“Construction started in 1934 and was completed in November 1938.

“Each of the four crosses have their own unique celtic design, as do the four books displayed on the section of the obelisk.” 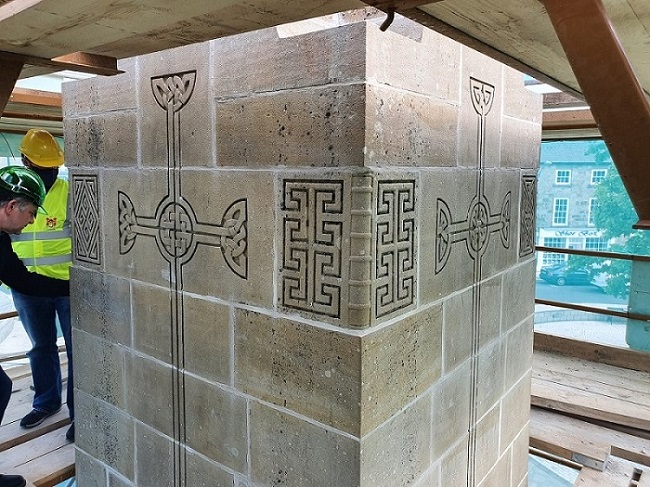 These books represent the Annals of the Four Masters, a famous historical record compiled in the Donegal Town area between 1632 and 1636.

The carvings on each corner of the upper section of the monument represent the book bindings.

The sandstone from which the monument was built comes from Mountcharles. The nature of the stone means that utmost care must be taken in how it is treated.

Mr Brady was joined in this project by lime pointing specialists Shaun and Brian Rutherford.

“We replaced the traditional sand and cement pointing with hydraulic lime which is more compatible with the Mountcharles sandstone,” said Mr Brady.

The work was carried out under contract to Donegal County Council and with the guidance and approval of conservation architect Duncan McLaren of Dedalus Architecture.

Years of grime and dirt have been now removed, showing the multi-hued sandstone beneath. Adherence to conservation guidelines have kept the detail of the carvings wonderfully sharp.

The care taken in writing this latest chapter in the monument’s history means that it is in the best possible condition for future generations to appreciate and enjoy.

Cllr Tom Conaghan (Ind) said he was delighted to see the work being carried out, as did Mayor of Donegal Town Pauric Kennedy. 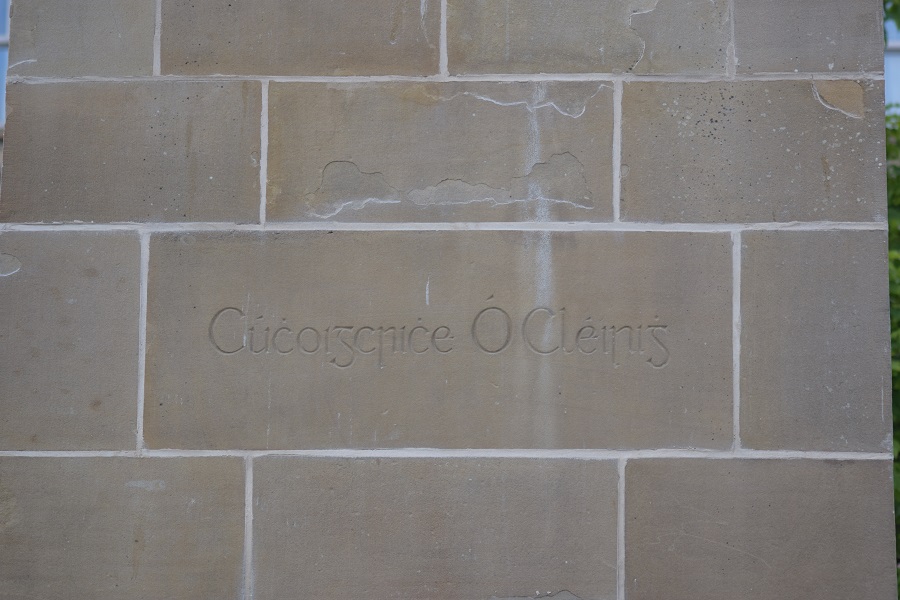