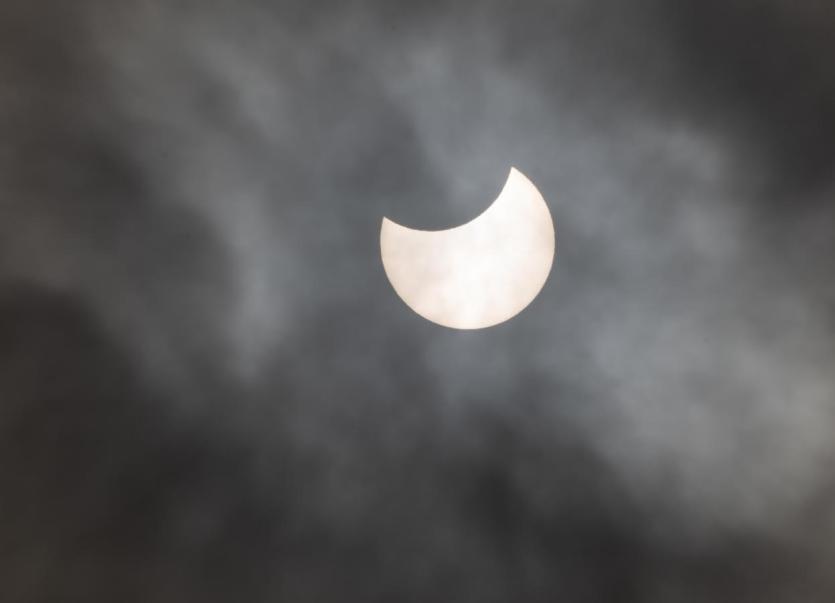 the partial eclipse of the Sun taken this morning from near Ramelton, Photo: Purple Peak Adventures Photography

The astronomical event took place just before 10am high in the morning sky as the moon moves in between the Earth and our star – finishing after midday.

Sky gazers in various parts of the county were able to see nearly a third of the sun being blocked out by the moon in what is known as an annular eclipse.

An annular eclipse occurs when the sun and moon are exactly in line with the Earth, but the apparent size of the moon is smaller than that of the sun. This causes the sun to appear as a very bright ring, or annulus, in a phenomenon dubbed as the “ring of fire”.

Have you got any pictures?

Send them on to news@donegallive.ie