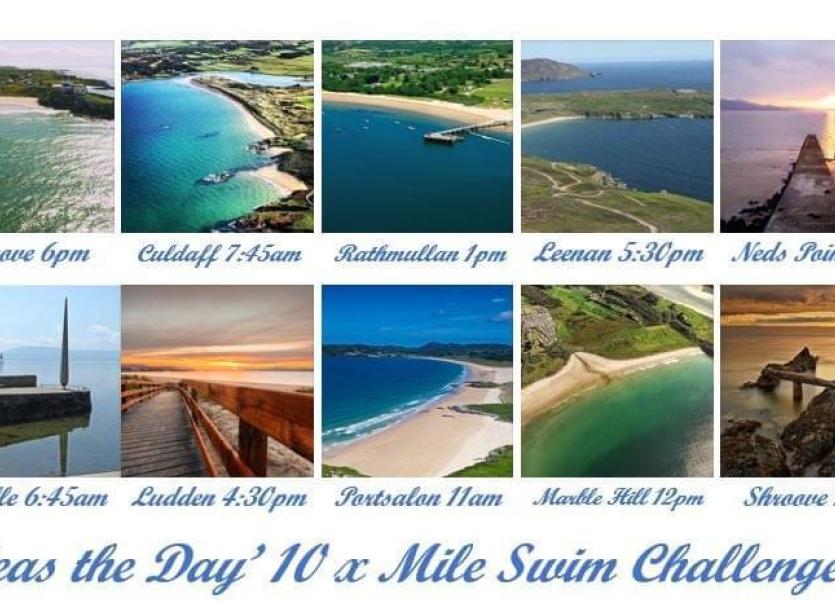 The time has come. The time is now.

Two Inishowen swimmers and their Derry friend are asking for the peninsula's support in their forthcoming Foyle Hospice fundraiser in memory Donegal's Dr Tom McGinley.

The hardy trio of Liz Havlin Wilson and Kathy Donaghey, and Jane McGinty, are embarking on their 'findraiser',  to swim ten miles, in ten days, at ten of their favourite Donegal Beaches, including Culdaff and Shrove, Leenan, Ned's Point, Moville and  Ludden, as well as Rathmullan, Marble Hill and Portsalon.

Speaking to Donegal Live, Jane said: “To mark the 30th anniversary of the opening of the Foyle Hospice In Patient Unit, Liz, Kathy and I thought we would undertake a fundraiser this summer, for this fantastic organisation.

“When Hospice founder, Dr Tom McGinley, who was originally from Gaoth Dobhair, passed away earlier this year, his son Ciaran asked people to complete a memorial ten mile challenge by June 21, to raise much-needed funds for the Foyle Hospice.

Ciaran has said he is 'pushing hard' to reach his £10,000 target and we would love to help him to achieve that.”

Liz added: “Cathy, Jane and I have decided to swim our miles by completing a mile on ten of Donegal’s beaches, over ten consecutive days this month, starting at Shroove on Friday, June 11.”

The three friends, who first met while taking part in a ladies try-a-tri event in Derry City in 2017, are undertaking the challenge to raise much-needed funds for hospice which has helped countless families all over the North West.

The trio are year-round sea swimmers and have trained hard for their feat of endurance.

Kathy said: “We would love people to give what they can to this hugely worthy cause. We will list the times and dates of our swims closer to the time so if anyone would like to join us for a section of the swim or to shake buckets on the beach, they would be most welcome.

“The swim will take in a number of Inishowen beaches including Culdaff and Stroove but will also see us venture further afield to west Donegal to complete the unique challenge.”

Jane, a lecturer at South West College in Fermanagh and Tyrone, a runner and camper van enthusiast said completing the challenge would be dependent on the current Covid-19 restrictions being eased.

Journalist and lecturer, Kathy, said she was looking forward to the event as a positive way to celebrate the life and achievements of Dr McGinley, while helping the Foyle Hospice.

Donations can be made here. 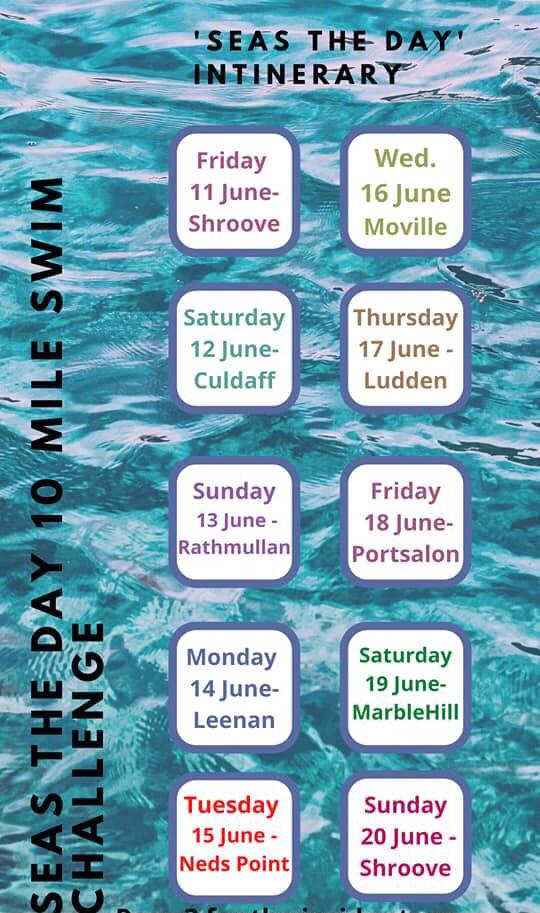