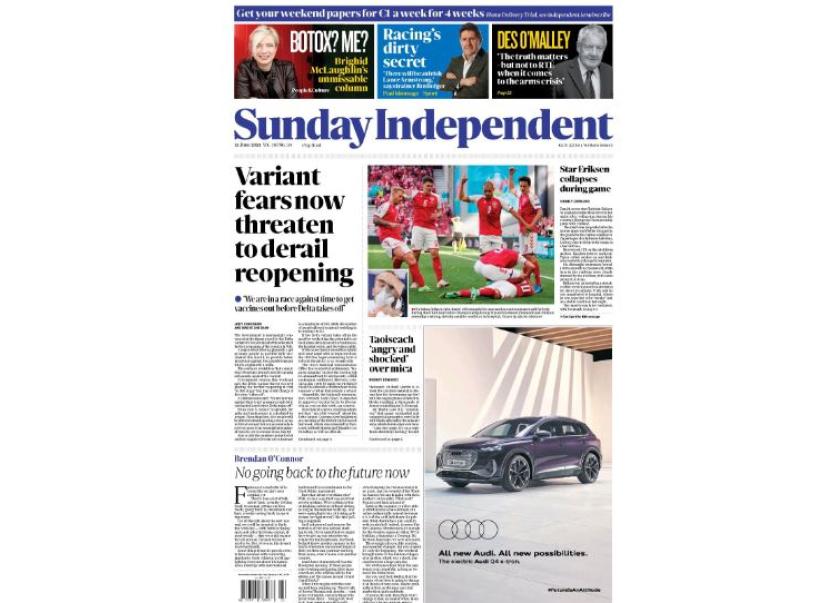 Donegal's mica crisis has made the headlines in today's Sunday Independent.

The front page story by Rodney Edwards claims Micheál Martin is 'angry and shocked' and is to meet the Attorney General to discuss how the Government can deal with the ongoing issue of defective blocks resulting in the homes of Donegal crumbling to pieces.

Thousands of mica affected families, their friends and supporters are over the next day or two finalising arrangements to travel to Dublin in up to 40 buses as well as in their own cars to attend a protest rally to be held at the Convention Centre at 1.30pm on Tuesday, June 15.

They are also calling for a full independent judicial review on how this matter was handled by all parties concerned, including Donegal County Council.

Independent councillor, Frank McBrearty, has also demanded an Ombudsman to look into the planning and environmental issues that has allowed these defect blocks to be manufactured for years.

He slammed taoiseach, Micheál Martin for his secret visit to the county last Thursday and branded him a "coward" for not meeting those badly affected by the crisis.

There was also uproar at the Donegal County Council's mica redress committee meeting on Friday when the Raphoe councillor challenged the committee chairman, Cllr Martin McDermott to resign.

He has also claimed hundreds of people have been contacting him claiming buildings and items like dams and bridges have also been damaged by mica.

"This is only the start. People deserve the right answers and to be told who knew what and when, that's why we need a full public inquiry," he said.