Cllr Frank McBrearty calls for full transparency at all levels 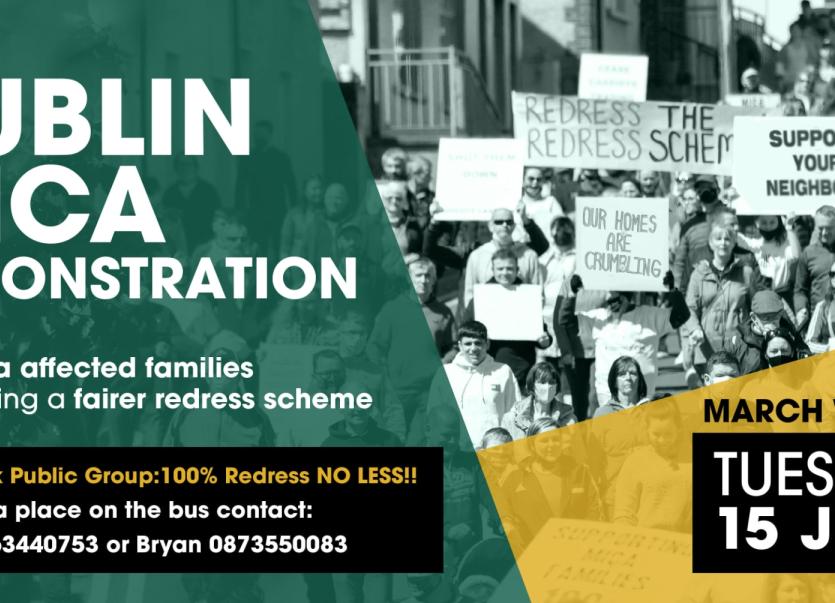 Independent councillor, Frank McBrearty is finalising plans to open a Mica-Pyrite Advice Centre in his home town of Raphoe.

He believes not only will it be fully staffed by volunteers who will be able to guide people locally on how to fight for justice and 100% mica redress, he is confident that such will the demand be for help that offices will have to be opened in Letterkenny, Inishowen, Sligo, Mayo and wherever the problem exists.

"I have spoken to legal experts and constitutional lawyers and they all agreed that the legal route is the only way people will get what they deserve."

Cllr McBrearty added he has been inundated with offers of support to transform the premises, a building belonging to his father, Frank Snr, beside their former pub, The Parting Glass.

"Businessmen, builders, and volunteers have come forward saying they all want to get involved. This is really taking off.

This needs to be done so that all donations can be fully monitored and allow people to see the process is transparent.

"I am exploring several avenues on how best to get justice for the thousands of people affected. What's happening now is only the tip of the iceberg. There are so many questions that need proper answers here at local level and particularly at county council level.

"I will be raising my concerns tomorrow at the resumed meeting of the council but despite my best efforts all day today to get the other members on board to ask for a suspension of standing orders to debate mica again, only one other councillor, Micheál Choilm Mac Giolla Easbuig, has come out to say he will fully support me.

"There is something not right when county councillors will not agree to join the fight for justice for the very people they are supposed to represent. I am shocked and disappointed that they are willing to listen to the official line without even wanting to question what is going on. There are so many questions that need to be answered at local level, we need to examine all the facts," he said.

Cllr McBrearty urged everyone to get involved in Tuesday's protest march in Dublin which has been organised by Inishowen's Paddy Diver.

"It is vital as many people attend as possible and show that the people of Donegal will not be treated as second class citizens. We need a 100% redress scheme, no matter what the cost and just as important, we need to see the paper trail through an independent judicial review to find out how all this happened.