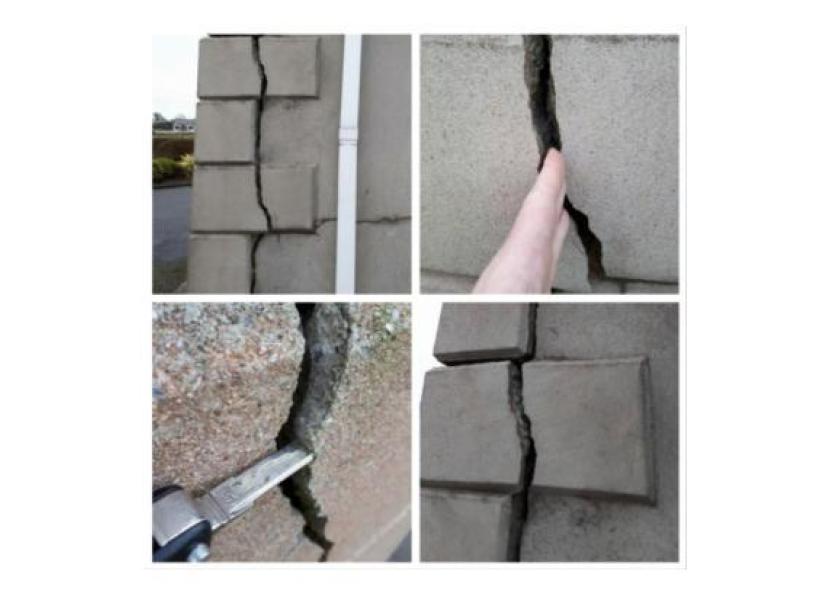 BREAKING: Donegal County Council is to vote on an emergency motion proposed by Cllr Frank McBrearty (Independent) regarding the Council's purchase of mica-affected dwellings for social housing.

The five houses in An Crannla estate in Buncrana, in Inishowen, tested positive for mica, with a 15% ratio in the blocks. Despite the council being aware of this, it bought the five houses, at a total price of €600,000.

Speaking at the online resumed May plenary of Donegal County Council, Cllr McBrearty said: "I am proposing the suspension of standing orders today as it was in the public interest we debate and have answers from the Executive on the purchase of five mica properties in Buncrana and we be given the full paper trail on that transaction and on the leasing of those properties beforehand.

"I also want to bring to your attention that I wrote to you on June 3 requesting a special meeting to debate this exceptional circumstances and I have received no reply."

Cllr McBrearty said it was important that the motion should be put to a vote.

Commenting on Cllr McBrearty's emergency motion, Mr John McLaughlin, Donegal County Council CEO said he had received a copy of it on Saturday evening and would recommend Council to seek legal advice on its contents before debating it.

Mr McLaughlin said: "Given the nature of the motion, it names staff, it names former staff, and it names councillors, I would recommend Council gets legal advice on the role of the Council on the motion and take it at a later time.

"I have no problem at all, is having a report done on those five houses in Buncrana, on the specifics and circulating it internally to members.

"However, on the nature of the wider motion, I think, in fairness to members, we should take legal advice and take it later on when we get that.

"It is very important for councillors to stick together and support homeowners with mica in Donegal. While we might not have a very direct role, we have a role in bringing the community together and working for the betterment of the citizens. I would encourage us all to do that to find solutions," said Mr McLaughlin.

John McLaughlin said he was also having a report carried out to to clarify the role of the Council, over the years, around block manufacture and their use.

He added: "It will take some time to take that from 1980 forwards, in terms of government standards and the role of council

"I will make that available when it is done. It is important to have the proper facts and information out in the public domain. The Council, as a body has no problem making that available. The facts speak for themselves and they will."

A vote on Cllr McBrearty's emergency motion will be taken later on at today's meeting.