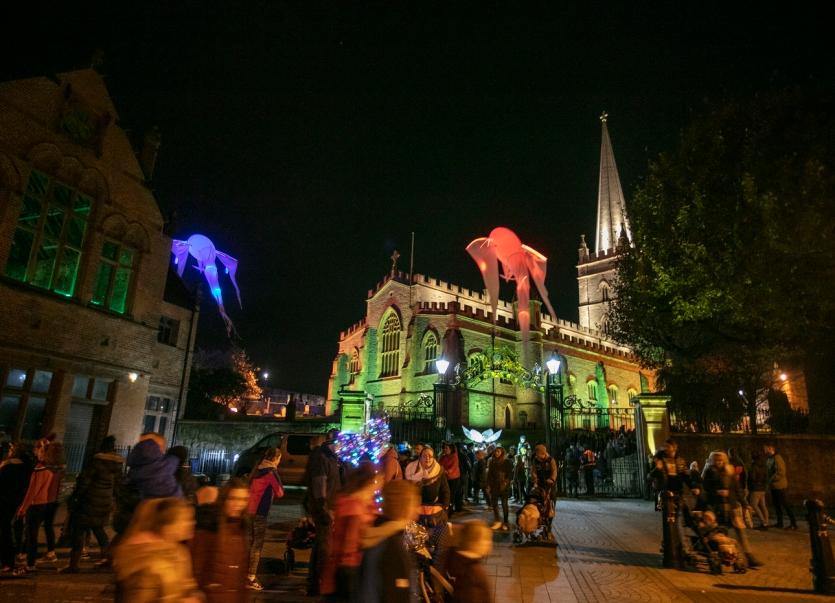 Part of Derry's world-famous Halloween festival will be staged in Donegal this year.

The annual celebrations, which is the biggest event in the city's calendar, had to be cancelled last year because of the Covid pandemic.

However, the organisers of the festival, Derry City and Strabane District Council, are moving ahead with this year's event, although it will be a scaled-back version of the festival due to what is expected to be continuing concerns about large public events.

As a result, there will be no Halloween parade in the city this year.

Despite the smaller programme, the local council are still confident of putting on a good show for the thousands of people expected to attend the festival.

The plans for the 2021 celebrations were outlined on Tuesday at a meeting of the council's Business and Culture committee, where details of the new cross-border element to the festival were revealed.

Aeidin McCarter, Head of Culture with the council, said the plans was to use Grianán of Aileach Fort as a promotional location to help tell the mythical story of Samhain as well as a plan for some family based activity in the recently redeveloped Swan Park site in Buncrana.

She said the council are working closely with the officers in Donegal County Council to deliver this project.

“This exciting activity will help reinforce the city and district as the number one Halloween destination,” she said.

Ms McCarter said the council is 'very mindful' that there is still a risk of proceeding with an event in its pre COVID-19 format.

“Not only is it a potential risk to the general public who might attend the event, but to council staff, contractors, artists, statutory authorities and agencies who collaborate with council to deliver the events programme.

“For that reason there is likely to be a focus on a local and domestic audiences with international travel restrictions likely still to be in place, however there is an opportunity to promote to an international audience for future events through the delivery of quality digital content.”

She informed councillors on the committee that with possible restrictions still in place the primary focus in planning for this year’s event is to be the extension and expansion of the Awakening the Walls programme out from the City Walls and into the wider city centre.

Included in these plans are for the ‘Awakening the Walled City to comprise of a crowd friendly circuit of the city that can accommodate considerable footfall, social distancing and crowd management while enabling people to enjoy a variety of themed locations and experiences safety and at their leisure.

Ms McCarter said it is hoped the Awakening the Walled City could comprise of an illuminated trail with a number of themed zones that could feature a range of installations, large scale inflatables, displays, dressing and animation.

At this week's meeting, councillors approved a budget of £590,000 to take forward this year's plans for the Halloween festival.