“We are delighted with this victory for the school" 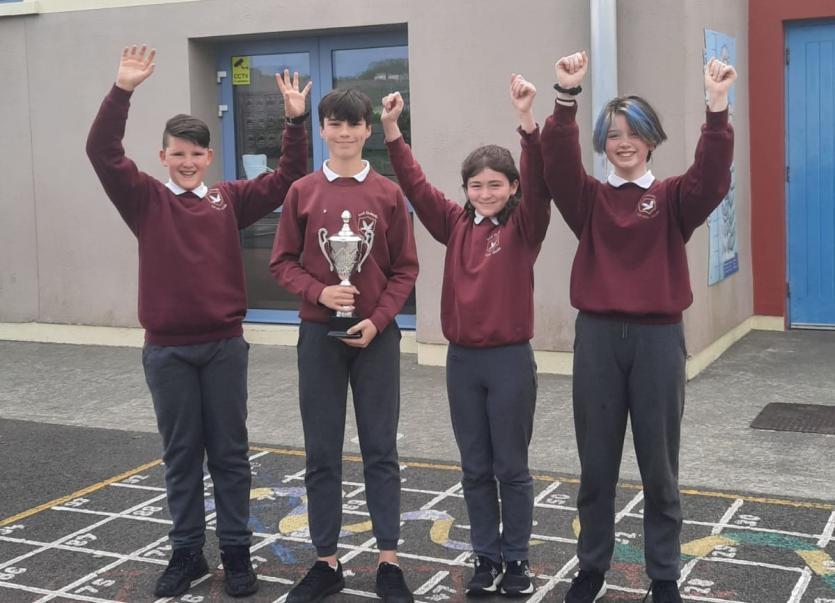 A Donegal village is celebrating after a team of primary school children won a new national debating contest that had more than 100 teams participating from around the country.

Fifth and Sixth Class pupils from Scoil Cholmcille in Kilmacrennan won the final of the inaugural All Ireland Concern Primary Debates, which is run by the humanitarian organisation Concern Worldwide.

The champions successfully argued for the motion that “GM Crops are key to ending world hunger” in their word-clash with Scoil Bhride from Paulstown, County Kilkenny.

Concern Primary Debates was set up to encourage awareness of global issues through debates about serious world topics and to improve the level of debating skills amongst young people.

The Kilmacrennan debaters – Conn McGettigan, Sadie McGettigan, Orla Kearney and John Cannon – were praised by their school principal and debating mentor John Devenney, who said: “We are delighted with this victory for the school.

“There has been a strong record of participation in debating competitions here in recent years, which is thanks to our teachers who have been fostering this tradition.”

The hundreds of students who participated in the competition each get a medal for their efforts and the winning school is awarded with a large wooden wall map of the world while the runner up will receive an engraved plaque.

The debates took place online due to the Covid-19 pandemic.

“We applaud all Concern Primary debaters and those who supported them,” said Concern’s Head of Active Citizenship, Michael Doorly.

“Debating teaches us how to put our points across in a respectful, dignified, yet convincing way.

“Our hope is that by taking part in Concern Primary Debates, students embark on a lifelong, social justice journey of speaking out for those left behind.”

Any school that wants to participate in the next Concern Primary Debates competition can email debates@concern.net.