Heatwave concerns over potential for gorse fires in Gweedore

ESB encourage locals to raise concerns with them 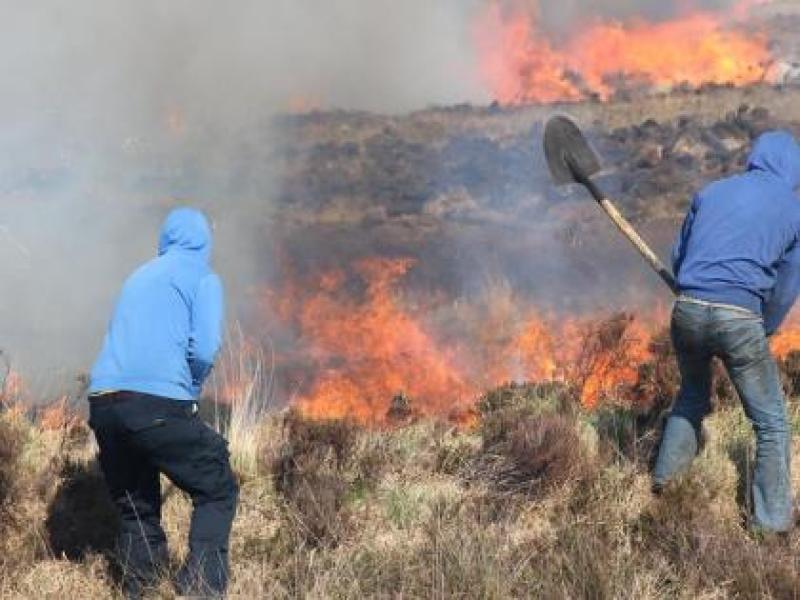 Fears that the current spell of good weather could have the potential to cause gorse fires has been raised once again by independent west Donegal councillor, Micheál Choilm Mac Giolla Easbuig.

He has revealed that many locals have approached in recent days to air their views about vegetation growing along the reservoir at Clady.

"This is nothing new, these people have been worried about this growth and fear their homes and property could be in danger should any gorse fires break out during this fine weather.

I have contacted the ESB about their concerns and would urge them to take action as soon as possible. I don't want to see a repeat of the devastation we experienced in the Rosses a short time ago.

A spokesman for the ESB said they had recently outlined to Cllr Mac Giolla Easbuig that the ESB is committed to continuing its ongoing vegetation clearance work at its Clady Hydro Station.

"However, it should be noted that such work can only be done at specific times of the year in line with the bird nesting season.

"Public safety is of utmost importance to ESB and so we prioritise such work at locations close to infrastructure and properties.

"As always, we encourage locals to raise any concerns they may have to management at our Clady station."