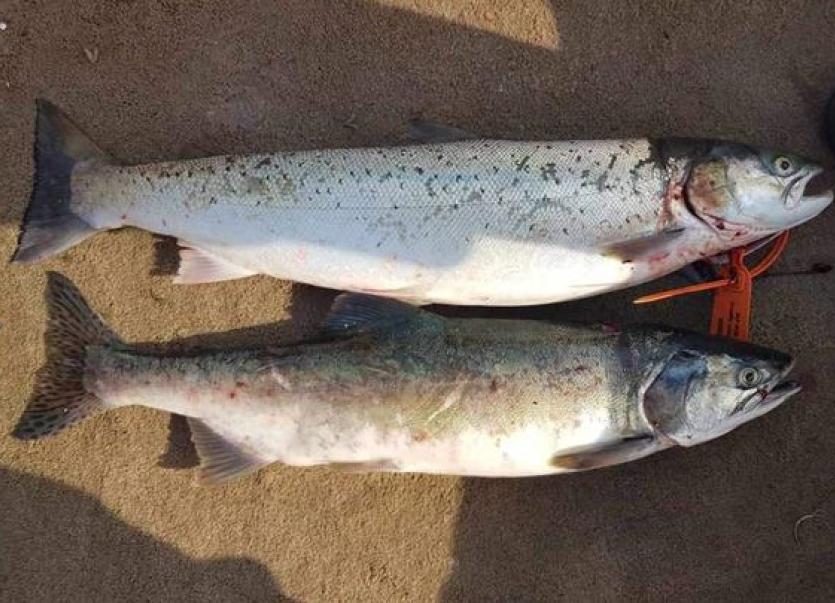 Inland Fisheries Ireland (IFI), the state agency responsible for the protection and conservation of freshwater fish and habitats, has today issued an alert, asking the angling community and general public to report any sightings of Pacific pink salmon.

The call in Donegal follows most of the Pacific pink salmon captured in Irish rivers in 2017 and 2019 being on the Drowes Fishery.

Also known as ‘humpback’ salmon, pink salmon were very rare in Irish waters until 2017 and are believed to have originated from stocking programmes in Russia.

Scientists at Inland Fisheries Ireland are concerned that if there are large numbers of the non-native species in Irish rivers, this may have negative impacts on Ireland’s salmon and trout populations in the future.

Dr. Paddy Gargan with Inland Fisheries Ireland explains: “If Pacific pink salmon become established in Irish rivers, they will be competing with Irish salmon and trout for food and space.

"Pink salmon also display aggressive behaviour towards native fish and a large invasion of pink salmon could push out Atlantic salmon and trout from holding pools into smaller channels.”

IFI has published a guide on its website to help the public identify a Pacific pink salmon, which has large oval black spots on its tail. Males also develop a pronounced ‘humpback’.

Appealing for help from the angling community and general public, Dr. Gargan added: “There is only limited information currently available to assess the threat from Pacific pink salmon, so we are asking the angling community and general public to report any sightings to Inland Fisheries Ireland by telephoning our 24 hour confidential hotline on 1890 34 74 24.”

The first reported catch of a Pacific pink salmon in Ireland this year was in the Ridge Pool, Moy Fishery (Co. Mayo) on June 27.

Anglers across the country are also being asked to report any further catches of Pacific pink salmon to Inland Fisheries Ireland and to assist with research efforts by following these steps:

Further information about the conservation and research work of Inland Fisheries Ireland can be found at www.fisheriesireland.ie