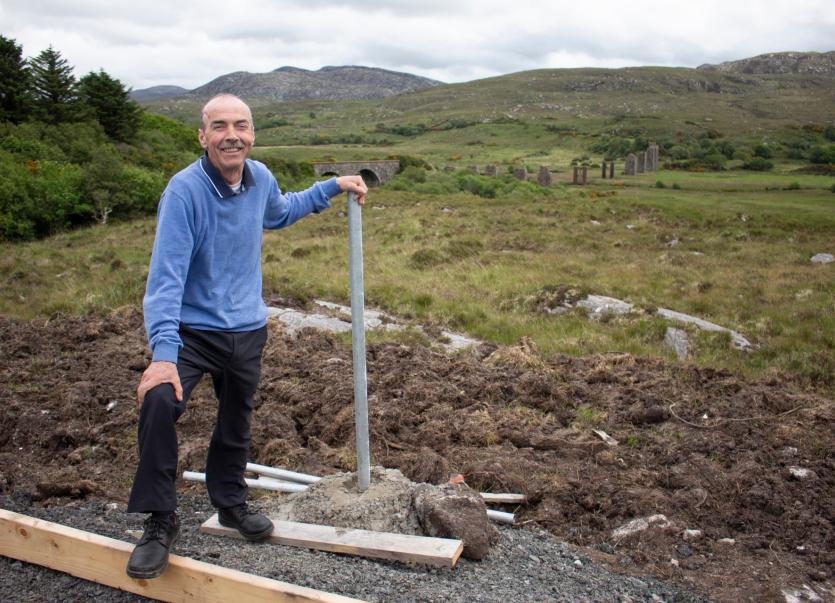 A new memorial is to be unveiled to the four people who died in a Donegal train crash almost 100 years ago.
The monument to the crash at the Owencarrow Viaduct in Creeslough in January 1925 is being erected by the Creeslough Community Association on land that has been donated.
Part of the monument is made from a stone taken from the crash site and it will sit overlooking land that stretches across the Owencarrow River. The unveiling is to take place on Wednesday, July 7.
The worst accident in the 100-year history of the Lough Swilly Railway happened on the viaduct near Creeslough on Friday, January 30, 1925. The train was carrying 13 passengers, eight goods wagons and two bread vans.
During a storm, the train from Letterkenny was struck by a gust of wind that blew a carriage off the viaduct.
The four who died from their injuries were husband and wife Philip Boyle and Sarah Boyle from Arranmore, Neil Duggan from Meenabunone and Una Mulligan from Falcarragh.

Unhurt
Of the 14 passengers, just one was unhurt, a young woman who was flung from the upturned carriage and landed on the soft boggy soil.
Ben McFadden of the Creeslough Community Association said the group has received great support for the project from the local landowners and community. 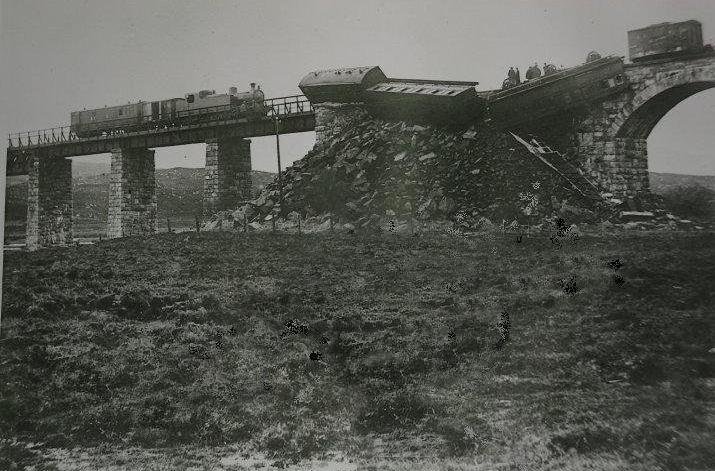 The derailed train on the Owencarrow Viaduct

The association has also received significant support from the Donegal Local Development Company.
Mr McFadden said the site will include a monument made from a stone from the viaduct taken from the bog near the crash site, as well as a separate creation that will give some detail of the structure and its history.
“We got the stone from the site donated to us by Eddie McBride and it is part of the old viaduct.
“The area of land where we are putting the monument and parking area was kindly donated by Joe and Ann Marie Sweeney.
“They have been very generous and helpful with our plan and we are so grateful to them for their support,” he said.