Mica Scandal: Donegal councillor claims it's a case of 'money from misery’ in mica scandal 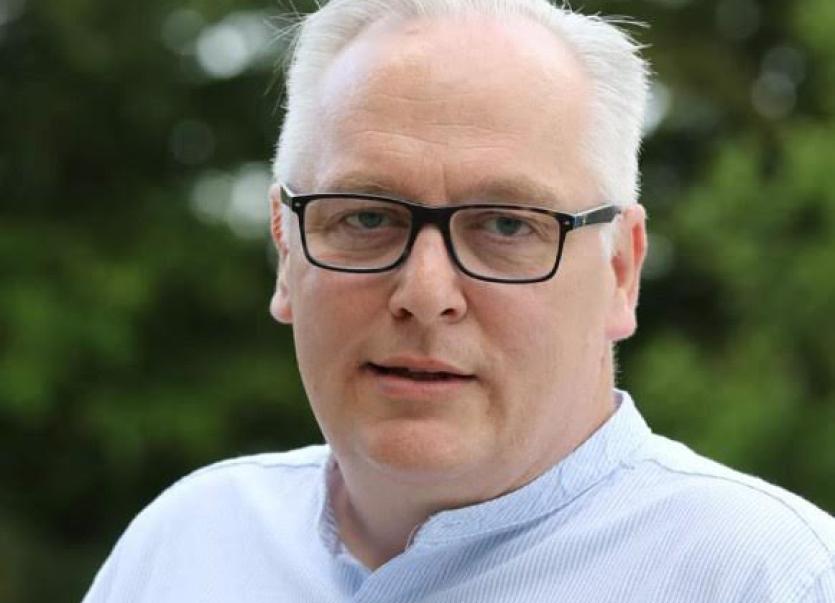 Details of serious concerns about the origins and subsequent handling of the whole mica defective concrete block scandal were laid bare by independent councillor, Frank McBrearty at the start of Friday's five-hour online meeting of Donegal County Council.

It was called on foot of a request by the Raphoe councillor to deal with the public's concern over the Defective Concrete Blocks Grants Scheme - which he claimed did not serve the thousands of homeowners who had to watch their homes crumbling around them on a daily basis.

He told colleagues they would need more than one day to deal with it and suggested they should be sitting in a tribunal or Oireachtas style committee every day for a full month to deal with the matters.

He referred to the both the original letter sent to the chairman of the council's Mica Redress Committee, Cllr Martin McDermott and the Today FM interview given by chartered engineer, Dr Ambrose McCloskey PhD BEng(Hons) CEng EurIng MIEI MICE outline his concerns about the Defective Concrete Blocks Scheme, based on the recently written Irish Standard, I.S. 465, which they as engineers were being asked to follow.

He said he was concerned that Cllr McDermott and council's redress application section got this letter four weeks before any of the councillors saw it but it wasn't disclosed.

"Cllr McDermott should have brought that information to us, the members of the council's Mica Redress Committee and other councillors."

He also asked if Cllr McDermott had disclosed this information to that committee's vice-chairman, Cllr Albert Doherty.

He added Dr McCloskey could not understand how some engineers in Donegal were recommending remedial work instead of demolition on all properties affected by mica, pyrite or pyrrhotite.

Cllr McBrearty went further saying any engineer recommending remedial work on affected homes should be struck off the list carrying out works on behalf of the mica victims. He added he had legal advice on this point to back up his demand.

"This is a case of money from misery for certain engineers," he claimed.

He also said they, as councillors, had to demand that Donegal County Council stop "their unjust conduct towards victims" by trying to force them into remedial works when they knew the only option was demolition.

"This is the only thing that will destroy the virus that has destroyed people's homes and assets," he said.

He added councillors should be given a daily update, when possible, on the activity of quarry owners that had these harmful minerals in their quarries and products and an emergency High Court injunction should be sought to close them down.

He referred to the ongoing saga of the unauthorised quarry work being carried out at Islandmore in the River Foyle, not far from council headquarters in Lifford.

He said he had requested it be pursued using an emergency High Court injunction when the matter was raised at the Lifford-Stranorlar Municipal District meeting two weeks ago.

"This was supposed to go back to the director responsible for it [planning] and enact the proper procedures to take this injunction," he said.

Cllr McBrearty said they had to discuss the environmental damage being caused to the county by the mica scandal as well as what he termed the failure of the Expert Panel set up by the then Minister of Housing and Urban Renewal, Damien English TD, to properly investigate the scandal.

"We must show the public we are serious about fixing this nightmare and by going through each line of a failure report and exposing their failures, is one way to start the road to justice," he claimed.

He proceeded to read out the disclaimer at the start of the Expert Panel's report which, he said revealed that it did not commission or carry out any tests on buildings or building materials itself and that it was dependent on technical information supplied directly to it by homeowners and concerned parties.

He added it also said: "The Panel has no responsibility for the accuracy of the technical reports and information received by it and the Report should be read in that light. It was not part of the Panel’s remit to apportion responsibility for any building defects drawn to its attention and it has not done so".

He said they Panel knew to put this in to protect themselves in any legal action going forward.

He also challenged why the names of those who participated in the Panel's work were not listed and wanted to know who the county councillors, Oireachtas members, council officials, representatives from the Mica Action Group and representatives of the Irish Concrete Federation were that took part.

The independent representative added they had to show the public that they worked for them and that they would hold people to account.

"We must have transparency in public office at all times, not just when it suits some members."

He said he also wanted the council to make a full presentation to all councillors or how they were processing all mica redress applications, how they were coming to their conclusions as well as a full explanation on what directions had been given to them by the department and the council executive.

"I'm giving people a warning now, do not try to stop me from doing my job as a county councillor. I have a super legal team to deal with this issue and it will deal with anyone who gets in my way and tries to stop me. I'm not bluffing," he warned.

Speaking at the end of the presentations, Cllr McBrearty said he brought it to the council's chief executive John McLaughlin that Cassidy's concrete was being used in Rathmullan despite the fact a motion would stop and that all money owed to Cassidy's would be withheld.

He said he wanted to rebut what Cllr McDermott had said.

"I will not support Cllr McDermott as chairman of the Mica Redress Committee because you did not relay public interest information that was vital for us to start telling engineers in the private and public sector to stop breaking the law by recommending remedial work. It's as simple as that," he said.

He added he accepted what Cllr Albert Doherty had said when he revealed he had no knowledge of the e-mail from Dr McCloskey.

Cllr McDermott pointed out he had never met with the Export Panel.

"I want to know everyone who had any dealings with it. Please disclose those discussions and what was agreed with them," he said.

He added the previous mayor (Cllr Rena Donaghey) had denied him a similar request for a special mica meeting.

"The members of the Inishowen Municipal District from 2014 until the present day are well aware about the purchase of those [mica] properties in Buncrana and that they had been leased on a long-term leasing scheme. That is what the paper trail says.

"We should be meeting every day for the next month to deal with this and the allegations made against Donegal County Council in an inquiry setting and get the answers we need to get in the public interest," said Cllr McBrearty