Temporary villages could be set up until homes restored


Families could use mobile homes, log cabins or prefabs while they wait 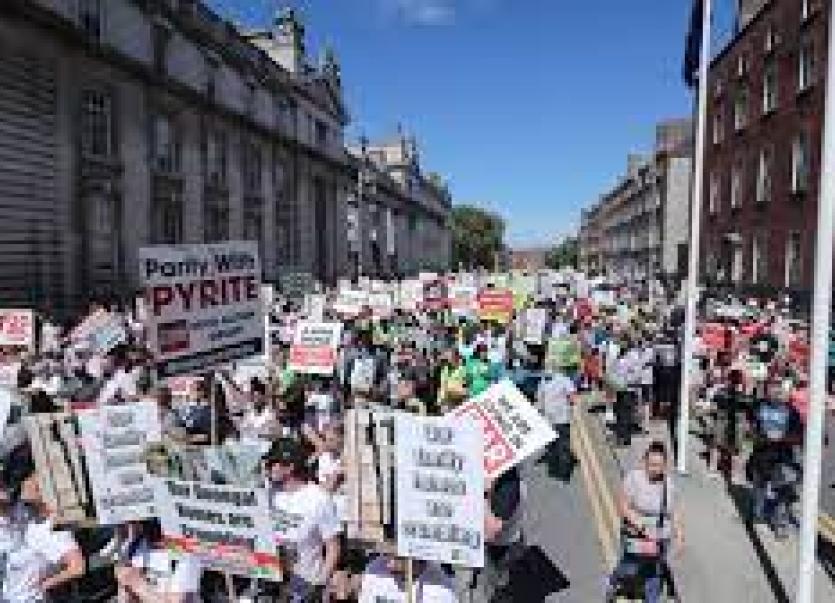 The suggestion that families might be housed in temporary sites during work to restore their homes was mooted by independent councillor, Michael McClafferty at Friday's council mica meeting.

The Dunfanaghy man said instead of stalling for time the Government should look at the potential to temporarily rehome affected families near to their home areas so they could avail of their local doctors, hospitals and community facilities.

"We may need to set up temporary villages or something like that using prefabs, containers or mobile homes. You could get 500-1,000 together into fields and have suitable housing for these people while their houses are getting sorted. This is the kind of stuff that needs to be focused on," he said.

Cllr Martin Farren also touched on this subject saying the council should now be looking for possible sites before homes were demolished.

Cllr Albert Doherty said very soon they needed to ensure there was a properly licensed, environmentally sensitive location for the disposal of construction waste.

"Very soon you will read the notices of planning being granted for full demolitions," he said.

Cllr Gary Doherty said as the chairman of the council's environment-climate change strategic policy committee (SPC) he was going to raise the question at their meeting this Wednesday of how they dispose of building waste as a result of the mica crisis.

"We are facing the grim reality of thousands of tonnes of waste which will have to be disposed of in the proper manner and at the moment there's a lack of information on this. We need to know what thee council is going to do with this waste

It would be right as an SPC to hold a special one item meeting on mica and how the council were going to deal with the environmental impact."

Cllr Donal Coyle said there was no short term solution to all of this and the council should also be looking at caravan parks, holiday homes and vacant houses for house people affected as well.

"A lot of people have not even registered yet with the council. They want to wait to see if the 100% redress is coming. Others just don't want to think they have mica. They are not able to face the reality that their houses have mica," he said.

Cllr Noel Jordan asked if the rubble after demolition could be used for things such as walkways or trails.

"None of these questions have been answered," he said.

Cllr Michael McBride said he had a motion for  the next Letterkenny-Milford Municipal District meeting asking for Donegal County Council to talk to the minister for housing and ask him to consider putting log cabins on sites so people could live  there while their own houses were being repaired.

"The sites that come to mind in Letterkenny are the old Unifi, Oatfield and bacon factory sites as well as places in Milford, Stranorlar and Inishowen districts. This should be investigated, some already have the services, water, electricity and sewerage and could be quite easily turned into areas of temporary accommodation," he said.

"A three-bedroom semi-detached house is making up to €900 per month, who can afford that on top of paying a mortgage, it's simply not affordable. We have to take a hard look at how we are going to accommodate people when they are moving out of their own houses."

He recalled meeting the then minister Damien English in the Carndonagh Public Service Centre in June 2016 and after listening to him believed the problem would be solved by the end of the year.

"But here we are five years on and we are still trying to get a redress scheme that works. In the meantime the cost of repair and building houses has absolutely doubled so the Government has brought a lot of this burden on the taxpayers by not dealing with the issue they knew was there," he said.