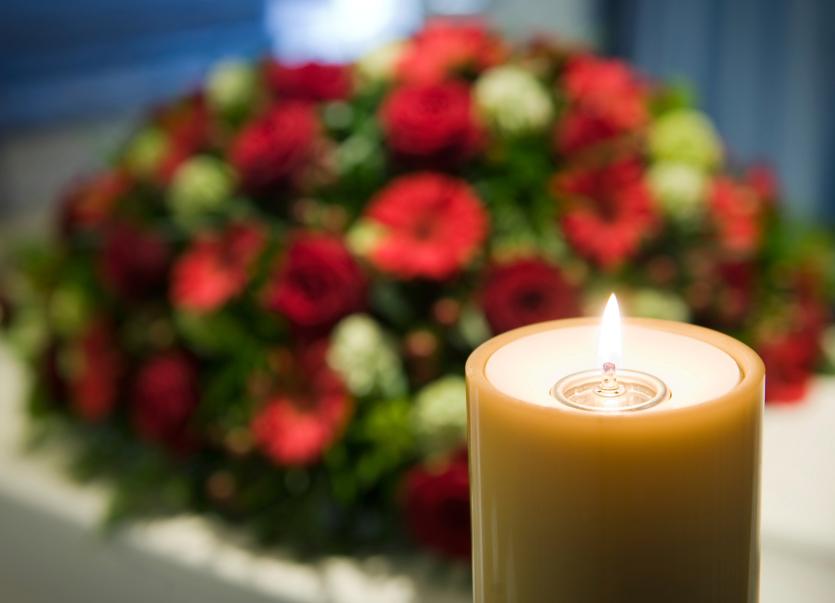 Predeceased by her sister Maureen O’Donoghue and brother Pat.

Reposing at her residence Monday evening from 4pm for family, friends and neighbours. Funeral cortege leaving her residence on Tuesday morning at 11am to arrive in St. Patrick’s Church, Doon, for Requiem Mass at 11.30am with burial afterwards in Doon Cemetery.

Please adhere to Government Guidelines re Covid-19. (Max. 50 people in the Church)

In accordance with H.S.E. and Government guidelines wake and funeral are private to family and close friends.

Remains will repose at his home. Requiem Mass on Wednesday July 14 at 11 am in St Joseph’s Church Rathmullan. Burial afterwards in Rathmullan Cemetery.

Funeral Mass can be viewed on MCN Media St Joseph's Church Rathmullan on the following link: https://www.mcnmedia.tv/camera/st-joesphs-church-rathmullan. Family flowers only.

Her remains are reposing at her late residence. Funeral from there on Tuesday July 13 for 11am requiem Mass in Christ the King Church, Gortahork with burial afterwards in the adjacent cemetery.

Rosary tonight in Christ the King Church at 7pm and tomorrow evening after Mass.

The rosary and funeral can be viewed live on https://www.mcnmedia.tv/ camera/Christ-the-King- Gortahork.

Due to government and HSE restrictions regarding public gatherings the wake and funeral will be private to family members only. Those wishing to offer condolences can do so on the link below.

The peaceful death has occurred at home of Tom Gallagher, 3 Cluain Barron, Ballyshannon. Sadly missed by his loving wife Angela, his daughters Geraldine, Christine, Deirdre, Marian and Lorraine, his sons Thomas and Seamus, his 15 grandchildren and three great grandchildren.

Lovingly missed by his sisters Helen and Mary, his daughter-in-law and sons in-law, his nieces and nephews and all his extended family and friends.

Reposing at his late residence. House private to family only. Remains going to St Patrick's church Ballyshannon on Monday for 11am funeral Mass with burial afterwards in the Abbey Cemetery. Family flowers only please. Donations in lieu, if desired, to Renal Unit, Temple street children's Hospital. Funeral Mass can be viewed live on churchservices.tv/stpatricksballyshannon.

In accordance with the HSE and Government guidelines, the funeral and burial are private to family only with maximum of 50 people permitted.

In accordance with HSE and Government guidelines, the wake, funeral and burial are private to family & friends with maximum of 50 people permitted.

Funeral Mass is on Monday morning in St Baithin’s Church, St Johnston at 11am with burial afterwards in the adjoining cemetery.