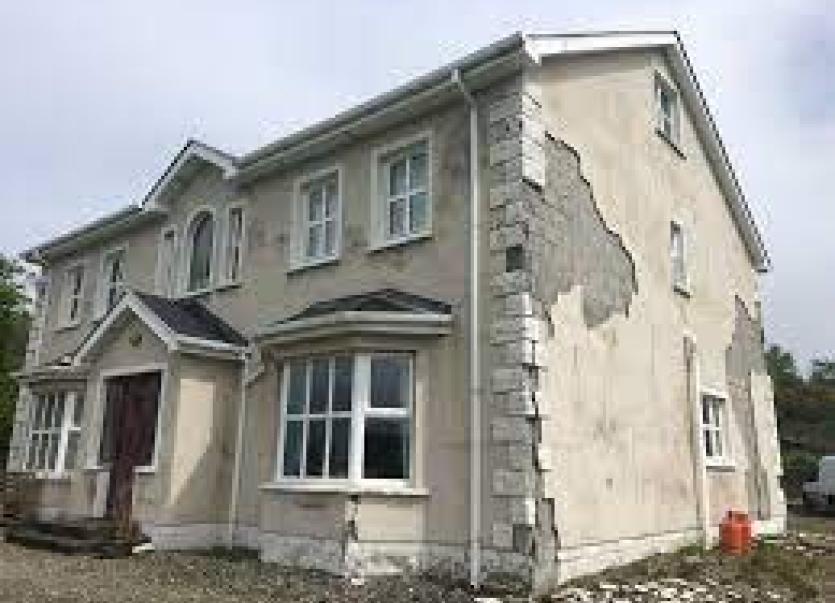 Donegal County Council has said a suggestion for families forced to move out of their homes because of defective blocks to be housed in log cabins could be looked at.

A call has been made by a county councillor for log cabins to be built in Letterkenny to house families who have been forced out of their homes because of mica.

Independent councillor Michael McBride has called on the council to ask the Minister for Housing to provide around 20 log cabins at suitable sites in the Letterkenny-Milford Municipal District where local families can live when their homes are under repair or being rebuilt.

He tabled a motion at the July meeting of the municipal district calling for the move to help alleviate the “massive problem” with housing supply in the area.

He said the rising cost of rent in Letterkenny, which can be up to €900 a month, is “a bridge too far for people who have to move out of their house”.

Locations such as the disused sites at the former Unifi facility, the Oatfield factory and the former bacon factory should be considered for erecting temporary homes as the sites are serviced with electricity, water and sewerage, he said.

“I think it would be a great start. It would be somewhere people could go and could be extended rapidly if need be,” he said.

“It would be a very cost-effective way of rehousing people who need to get out of their homes,” he said.

Director of community development and planning services Liam Ward said the issue is one that needs to be addressed and the solution that Cllr McBride put forward could be looked at, he said.

In a written answer to the motion, the council said the Mica Redress Scheme is available to assist homeowners to carry out remedial works to their principal private residence where the house is deemed to have been damaged due to defective concrete blocks. The council’s mica redress committee has already raised a range of issues with the minister and this includes the issue of alternative accommodation, the council said.