Lifford mourns sad passing of fun-loving, bubbly bride to be 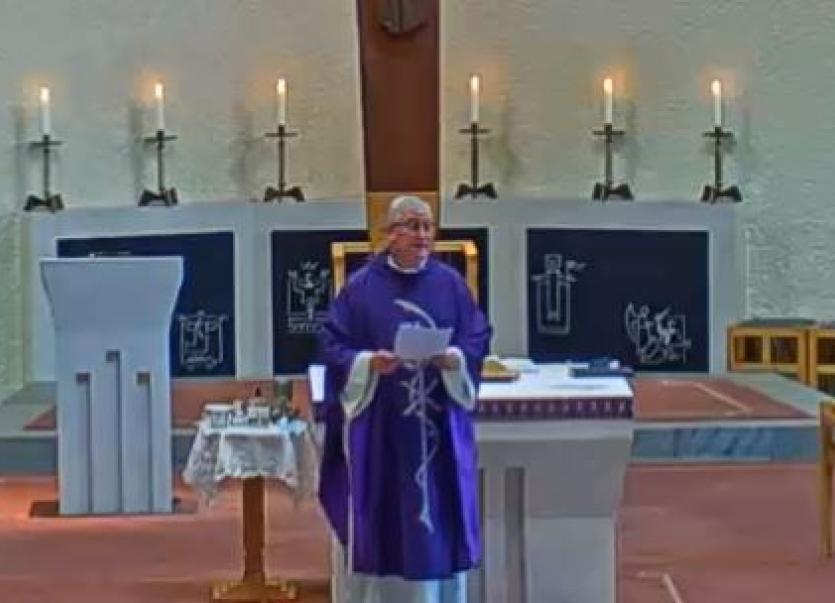 The sad passing of a fun-loving, bubbly bride to be had brought shock, grief and sadness to the Lifford community, mourners were told this morning.

Parish priest Fr Colm O'Doherty was speaking at the funeral Mass for 34-year-old Laura Connolly who died following a hit-and-run incident in the town in the early hours of Sunday morning last.

The high esteem in which the late Ms Connolly was held was reflected in the many messages of sympathy and support the family received since Sunday.

This was similar at today's Requiem Mass in St Patrick's Church, Murlog.

In his homily Fr O'Doherty spoke of the traumatic week that had just passed for the Connolly family, friends and indeed the Lifford community in general.

"Early last Sunday morning before the light of dawn had come into the sky, a terrible tragedy happened in our parish.

"A call had gone out to the emergency services that a young woman had been badly injured in a collision with a vehicle and although they worked with her so quickly at the scene, the young woman was transferred immediately to the hospital in Letterkenny.

"Unfortunately, despite the best efforts of everyone there she could not be saved, and she passed away quietly."

He said as the first light of the new day came into the sky, the news began to be heard that the young woman who died was Laura Connolly of Croaghan Heights.

"It was news that brought disbelief, shock, despair, anger, awful grief and sadness, and a real sense of bewilderment to our community at large, but most especially to her loving family for whom these past few days have seemed like an unreal nightmare.

"Today we join with you in prayerful support as we remember with gratitude the life of Laura, a loving mum to Jamie, a loving fiancée to Joe, a beloved daughter to Rosemary and Jimmy, a loving sister to James and Jmi, and much-loved granddaughter to Theresa."

He added he was also thinking of the pain being experienced so deeply by Laura’s aunts, uncles, cousins, and wider family circle, and of course all her friends whom she loved being with so much.

"A question I have been asked these last days is: 'How are people ever going to cope with this terrible loss of one so loved?' That is the very same question that the followers of Jesus were asking after the events of that first Good Friday when their friend Jesus was put to death on the hill of Calvary.

"All their hopes were dashed, and their dreams were shattered. Many of them, including Peter, had run away in fear for themselves. The plans they had made were now behind the big stone that blocked the entrance to the tomb in which the body of Jesus was placed. Or so it seemed.

"Light was coming into the sky that morning too, as the women went to the tomb of Jesus. Their hearts also were broken as they made their way to that place to try and complete the preparation of Jesus’ body for proper burial.

"We are told that the first thing that the women were worried about was who would roll away the stone for them to let them enter the tomb. The first sign that something amazing had happened was that the stone was already rolled back. And when they looked inside, they discovered that the body of Jesus was not there. What did this all mean?

"They didn’t have long to wait to get the answer as they met the angel who told them that Jesus was truly risen, just as He had promised. Their job now was to go and tell this good news to the disciples, especially to Peter, to try to bring them all out of darkness and despair into light and hope.

"Even though the women ran away in fear at the start, whatever way that message was conveyed by them as they were asked, this morning we, as a people of faith, as a family broken hearted, are still able to gather here to put our trust in the hope of new life for Laura, our sister in the Faith, with the risen Lord himself."

He added: "Since Sunday I have also been asked “What do you say at a time like this?” My answer is that at this moment, there are really no spoken words that can properly ease the hearts and minds of those who are grieving.

"So instead of words, we as a community and as a family, use a different kind of language. Tremendous kindness and solidarity have been shown by so many good neighbours and friends, who have brought the graces of the community spirit of this parish to the sad homes of Laura’s family.

"Your presence alone has been so important in so many ways. There have been lighter moments too as people have told stories of the fun-loving, bubbly girl that Laura was and especially her zest for life and living.

"Next year was going to be the year; the date is in the diary here in the church when Laura and Joe would become Mr and Mrs, the wedding dress was being looked for that last day.

He said these are lovely memories to have and to share and to keep sharing in the future.

"But our lasting hope, our ultimate glimpse of light in these dark days of mourning, has to be our faith in the Risen Jesus. The Easter message is our hope. That Easter event brought the frightened disciples out of the darkness of their despair and renewed their commitment to being witnesses to hope.

"That hope is that death is not the end but, as promised by Jesus himself, it is the gateway to the new life of heaven.

"The suddenness of Laura’s death has shocked us all. But even in the face of such tragedy the parish community has, through its response, shown its true support and care towards Laura’a family.

"Whilst knowing that words cannot ease your burden at this time, I do know that the prayers of everyone near and far are with you this day and we pray in particular that the gifts of joy, goodness, kindness and especially the gift of love, that Laura brought to your lives, will be graces that will help you will never forget and always be thankful for," he said.

The Requiem Mass ended with a beautiful rendition of one of the late Ms Connolly's favourite songs, Butterfly Kisses, a country-pop song made famous by Bob Carlisle and later on, Westlife.