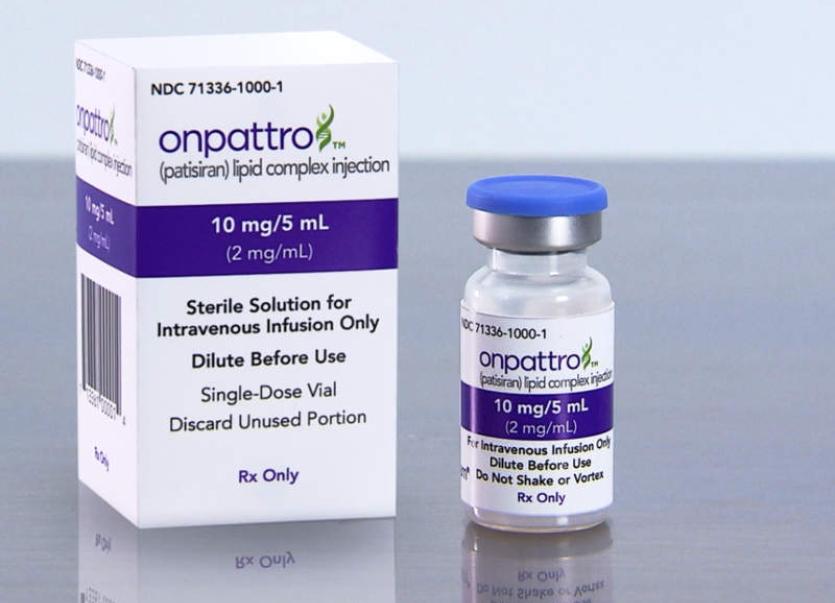 The life-changing Amyloidosis drug, Patisiran (Onpattro®) has been approved for patients living in the Republic of Ireland.

The drug was already available to people with an Amyloidosis diagnosis living in Europe, Britain and the North of Ireland but, until Friday, it was not approved for use here.

The Patisiran application and submitted representations were included on the May 2021 Drugs Group agenda for consideration. 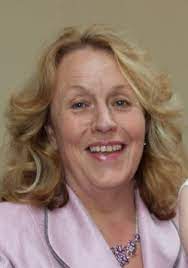 Speaking to Donegal Live, a clearly delighted Ms Holmes said she was "over the moon" at the approval.

"This recommendation was conditional on a managed access programme being implemented by the HSE that would support the appropriate prescribing of this medicine.

"The HSE Executive Management Team (EMT) considered the recommendation of the Drugs Group and subsequently supported hospital pricing approval of Patisiran (Onpattro®) at its meeting on June 22, 2021, subject to a managed access programme being implemented.

"As part of the National Service Plan 2021 and budgetary process, the HSE has worked closely with the Department of Health to secure a significantly enhanced budget of €50m for new medicines in 2021. Funding of Patisiran will be from this allocation

"The processes necessary to implement the required managed access programme will now be developed and put in place by the HSE in order for all eligible patients with hereditary transthyretin-mediated amyloidosis (hATTR amyloidosis) with stage 1 or stage 2 polyneuropathy to access treatment with Patisiran in the near future."

James Green of the All Ireland ATTR Amyloidosis Awareness organisation, said he was "shell-shocked but absolutely delighted" by the news. "We were not expecting to hear anything today, so that was a completely unexpected but fantastic development".

James recently took part in successful gene editing treatment for Amyloidosis. He was diagnosed with the condition last year and has previously lost three family members to the disease.

Cllr Terry Crossan (Sinn Féin) who campaigned for the approval of Patisiran within the Inishowen Municipal District and Donegal County Council, said he was "absolutely delighted" Patisiran has been approved.

Cllr Crossan lost his "friend and comrade" Martin McGuinness, to Amyloidosis in 2017.

He added: "Hopefully, approval will give some easement of mind to those people who are suffering from the condition and, Hopefully, it can be it can be a significant help to them as they progress through it. Hopefully, it will bring great benefits to their whole lifestyle going forward," said Cllr Crossan.

Betty Holmes revealed when she was first contacted by Rosaline Callaghan, an Amyloidosis patient and member of the All Ireland ATTR Amyloidosis Awareness organisation, she had never heard of this “dreadful disease”.

“That was in April 2020,” said Betty Holmes, “ and DACC undertook to help as best we could in our advocacy work to ensure the lifesaving drug Patisiran would be made available to the patients who needed it. This was not the case.

“DACC has written so many letters and emails to all the relevant, key professional people who were and are in positions to ensure this happened. We were relentless in this work.

“The fact that Patisiran was available to Amyloidosis patients in Northern Ireland and not here was also not acceptable. DACC read up on all relevant documentation to ensure that we knew what we were talking about. Indeed DACC saw the non-availability of this lifesaving drug as serious discrimination of these Ireland's Amyloidosis patients.

“Indeed when DACC started our work regarding this we had three initial aims, to: raise awareness of this serious medical condition. It is important doctors consider Amyloidosis when investigating or diagnosing conditions; have access to genetic testing; and, very importantly, to have access to a new gene-silencing drug called Patisiran made available to treat Amyloidosis, paid for at Government level,” said Betty Holmes.

“Patisiran works by ‘silencing’ the gene and lowering the level of the toxic protein. It has been found to not only stop the progression of the condition, but also reverse it in some cases.

Ms Holmes added: “During our recent Zoom meeting with the Minister for Health, Mr Donnelly, we were surprised to learn just how aware he was of the terrible disease of Amyloidosis and how supportive he was.

“Minister Donnelly was very aware that it was and is particularly a Donegal serious health matter, as well as few other pockets in the country. At that meeting we also asked the question again as had in our correspondence why patients could not access this lifesaving drug in the Six Counties.

“DACC had written a follow up list of questions to Minister Donnelly after our meeting. We also noted the process had been going on since December 2018.

“The confirmation of Patisiran's approval was received by DACC at lunch time Friday. We are now writing to the Minister to ensure a time-frame is put in place to ensure that there are no further delays in Amyloidosis patients receiving their Patisiran when they need it,” said Betty Holmes.

With so little knowledge and information available about Amyloidosis, Betty Holmes said it was “vitally important” there would now be an awareness raising campaign.

She concluded: “DACC is proud of all our work, voluntary and  unpaid, and will continue to do what we can.

“Central to DACC at all times is working within an Ethos of Respect for everyone.”

Minister Charlie McConalogue said he was “absolutely delighted” with the news of Patisiran's approval.

He added: “I had a meeting with the group in the last couple of months and the importance of this drug was made very clear. This news will change people's lives and I wish all sufferers of Amyloidosis well.”