Charlie Ferry promoted to senior role with the Kavanagh Group 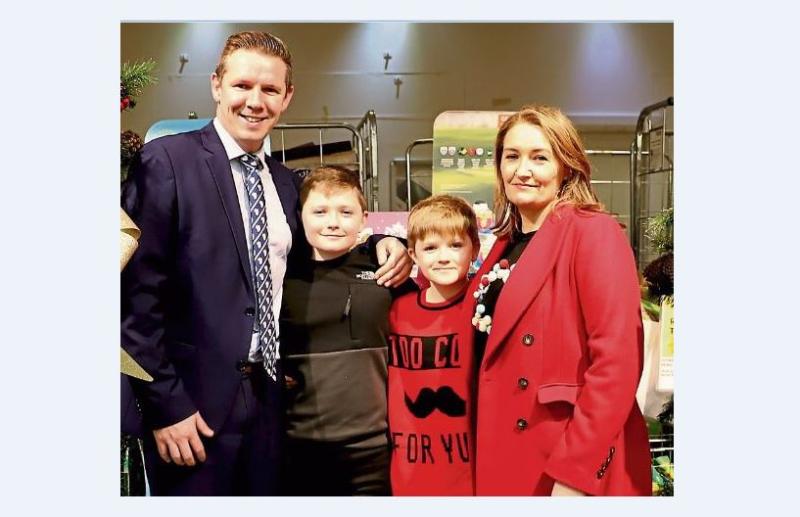 Charlie Ferry with his wife Colette and sons Conal and Liam

Donegal man Charlie Ferry has been promoted to a senior role with one of Ireland’s largest independent retailers.
A native of Letterkenny, Charlie has been appointed to the position of operations director within the Kavanagh Group.
Charlie joined the business in 1999 and progressed successfully through the management training programme.
He has held management positions in Westport, Claremorris, Clifden, and Dungloe before taking up his current role as store manager of SuperValu Ballybofey.
Commenting on the appointment Noel Kavanagh Jnr, managing director of the Kavanagh Group said he was delighted to announce the promotion of Charlie Ferry to the very senior position of operations director within the business.
He also said that he was thrilled that the appointment has been filled from within the company.
Charlie takes up his new position in September.
The Kavanagh Group is one of Ireland’s largest independent retailers employing more than 1,000 people across Ireland and the UK.
The company has very strong links with Donegal operating Supervalu stores in Donegal Town, Buncrana, Dungloe and Ballybofey.