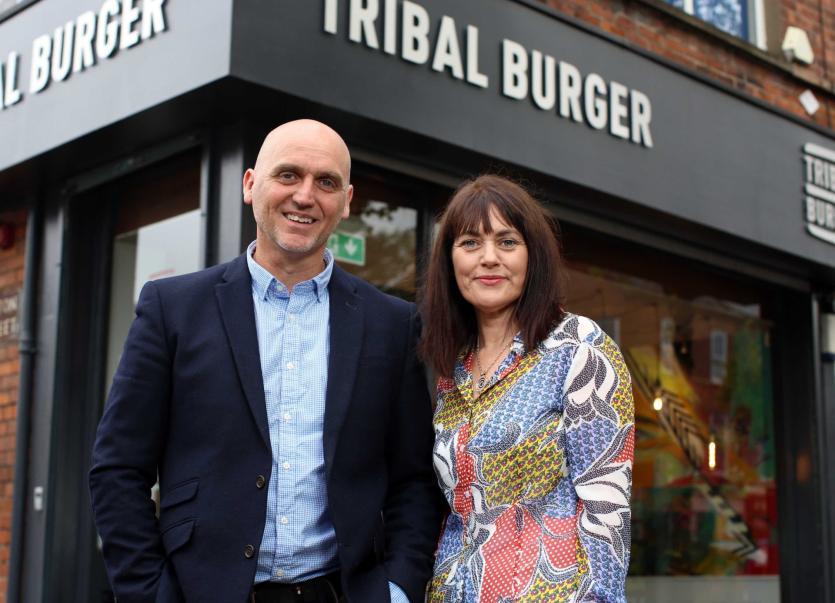 Popular restaurant chain, Tribal Burger - which was founded by a Donegal couple - has won the hearts and taste buds of celebrity judges on BBC’s new TV show, Fast Food Face Off.

Founded by Castlefin couple Paul Catterson and Elaine Catterson in 2017, Tribal Burger features in the show which seeks to showcase the different culinary approaches to modern-day fast food.

The show aired last night [Monday 19 July] on BBC One NI and will air this evening, Tuesday 20 July on BBC One across all other regions, and is available to watch on-demand on BBC iPlayer.

The programme was filmed in March 2021 during lockdown, spotlighting increased local demand for fast, yet high quality, food that patrons can enjoy at home, in the park or in the car. In the show, comedian Josh Jones pits Northern Ireland celebrities, actor Kristian Nairn and musician Gemma Bradley against each other as they back their favourite takeaway in town.

Supported on-screen by singer/songwriter and radio presenter Gemma Bradley, Tribal Burger competes on taste and presentation to impress the judges’ palettes, as well as take part in a time-bound taste test with local punters. In each feat, the Tribal Burger team, serve-up samples of its mouth-watering menu heroes including its renowned handmade burgers and hand-cut chips.

Tribal Burger and its food truck, Burger Republic, is a crowd pleaser at local festivals, markets and events in Dublin and across Ireland.

Paul Catterson, co-founder of Tribal Burger commented: “We are delighted to have had the opportunity to take part in this new show for the BBC and of course thrilled that our team took home the winning title. Our research has shown an overwhelming market rise in casual dining over fine dining and this has been intensified by the pandemic restrictions and people’s appetite for the reinvigoration of takeaway food experiences. The production of shows such as Fast Food Face Off is testament to this trend remaining steadfast even as restrictions ease.”

“At Tribal we’re blending our vast chef experience in fine dining venues with exceptional quality ingredients from stellar local food producers to deliver a simple but supreme menu that can offer unique experiences for each customer. The show spotlights some of the talented team members behind Tribal and we are extremely proud of everyone who took part; we hope to see viewers visiting these stars in Tribal soon.”

There are two Tribal Burger locations for customers to choose from. The first restaurant is located on Botanic Avenue in a part of Belfast known as Queen’s Quarter with the second situated in Callendar Street in city centre.

Tribal Burger currently employs 40 people with this number expected to increase in the coming year.

Paul formerly headed up La Stampa in Dublin after moving to Dublin from London. Originally from Donegal, he began his culinary career with training in Sligo and working at local hotels in Donegal.

Fast Food Face Off is produced by NI-based production company, Stellify Media. The show is expected to be rolled out in cities across the UK.

Tune in to BBC One on Tuesday 20 July at 11.35pm or watch that show on-demand on BBC iPlayer