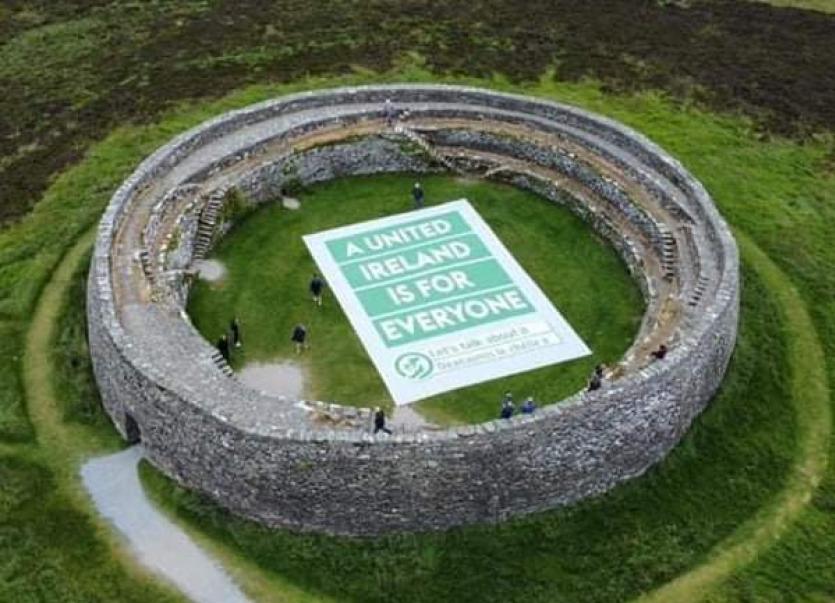 The local community and tourists have expressed dissatisfaction regarding access to Inishowen's iconic Grianán of Aileach.

The internationally renowned ring fort, which sits 250 metres above sea level and boasts spectacular and panoramic views across counties Donegal, Derry, Tyrone and Antrim, was visited by 110,000 people annually pre-covid.

The barrier at the foot of the hill leading to the car park appears to have been down, preventing vehicular access last weekend, which as one local person observed, was the height of the tourist season.

At the time of going to press, Donegal Live had not received clarification from the Office of Public Works (OPW), which has responsibility for An Grianán, whether the barrier was going to remain down permanently, whether it was raised and lowered each day at the given times, and if the Fort itself was open or closed.

OPW is currently investigating a recent incident at An Grianán, which involved members of Derry Sinn Féin unfurling a banner in favour of Irish Unity.

OPW confirmed it had a staff member on duty at the time of the incident but was “ignored” by the members. The organisation is carrying out an investigation into the matter.