Donegal man has sentence doubled by Court of Appeal 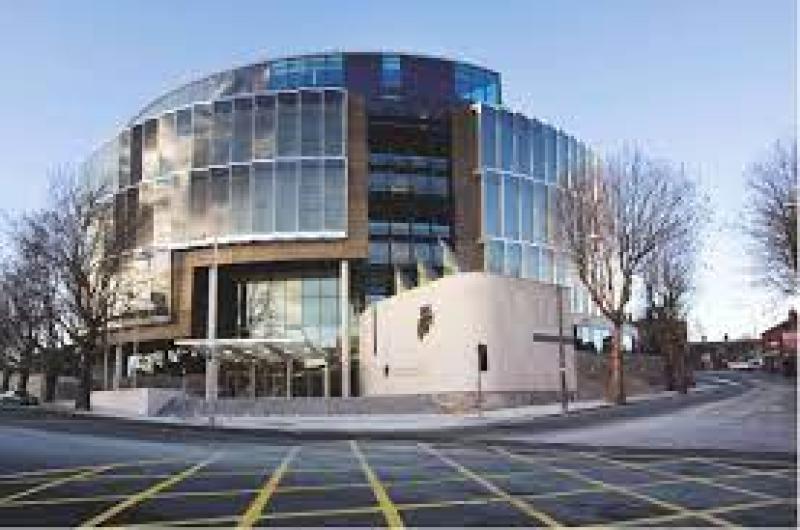 A Donegal man who twice rammed his neighbour's home with his car, broke her jaw and tried to escape gardaí by swimming to Tyrone has had his jail sentence doubled by the Court of Appeal.

Leon Kelly had been sentenced to two-and-a-half years with 12 months suspended for criminal damage and assault causing harm to Ann Mitchell (62) in November of last year by Letterkenny Circuit Court.

The Director of Public Prosecutions had submitted to the Court of Appeal that an 18-month jail sentence was unduly lenient in the case.

The court heard that Kelly caused €13,000 worth of damage after ramming his vehicle into an Audi car owned by the Mitchells and caused criminal damage to their home before he broke Ms Mitchell's jaw.

Kelly (34) a father of three from The Close, Raphoe, fled the scene and tried to escape gardaí by swimming across the River Finn to Strabane, Co Tyrone, where he was arrested by the PSNI and returned across the Border.

He subsequently rammed Ms Mitchell’s home again with his Volkswagen Passat eight days later, on April 21, 2019, in what the court heard was a row over money that Kelly claimed he was owed by his victim’s son for a car.

Outlining the appeal, counsel for the DPP, Patricia McLaughlin BL, had said that the 18-month sentence imposed on Kelly did not reflect the gravity of the offences or the harm he had done, given that Ms Mitchell suffered a broken jaw and lost a tooth during an unprovoked assault.

While it was a drunken, rage-fuelled offence, it was also a very deliberate and conscious attack, said Ms McLaughlin.

Counsel had told the Court of Appeal that Kelly’s use of his vehicle as a weapon when under the influence of alcohol was an aggravating factor as was the second attack, eight days after the first incident.

However, counsel for Kelly, Peter Nolan BL, said that the sentencing judge, Judge John Aylmer, had been impressed with his client’s probation report and his potential for rehabilitation.

While Mr Nolan said the sentence might be considered lenient, he argued it was not "unduly lenient".

He claimed Kelly’s attempts at swimming across a river into Northern Ireland was “a pointless exercise” as the PSNI were alerted and waiting for him on the other riverbank.

Today at the Court of Appeal, Mr Justice Patrick McCarthy said the court found that the sentence imposed on Kelly for the assault on Ms Mitchell was unduly lenient and would increase it to three years.

Mr Justice McCarthy said that the level of violence that occurred upon Ms Mitchell was "significant" and that Kelly's second act of criminal damage on April 21 was an aggravating factor, in that it was his second incident in the overall case.

Mr Justice McCarthy said that while personal violence was not a factor during the second incident, Kelly had also caused a home to be violated and incurred a loss to the landlord at the time.

The judge said that the level of violence used by Kelly in the first offence on Ms Mitchell had a significant effect on her and that this aggravated the second offence.

Mr Justice McCarthy noted that Kelly had said that he had been "very sorry for his actions" and that a great deal of drink had been taken, which, he said, had been admitted by Kelly to be "no excuse".

The Circuit Court had heard that Kelly had a good work ethic, had a difficult background, a positive probation report, had addressed his alcohol issue and that he had prospects of employment.

However, Mr Justice McCarthy said that a pre-mitigation headline sentence of three-and-a-half years for the assault for the respondent was "too low".

He set a new, pre-mitigation sentence of four-and-a-half years for the assault causing harm on Ms Mitchell and mitigated that to three years' imprisonment.

The judge said he would increase the two criminal damage charges to two-and-a-half years with both sentences to run concurrently to the assault causing harm sentence, which would be back-dated to November 4, 2020.