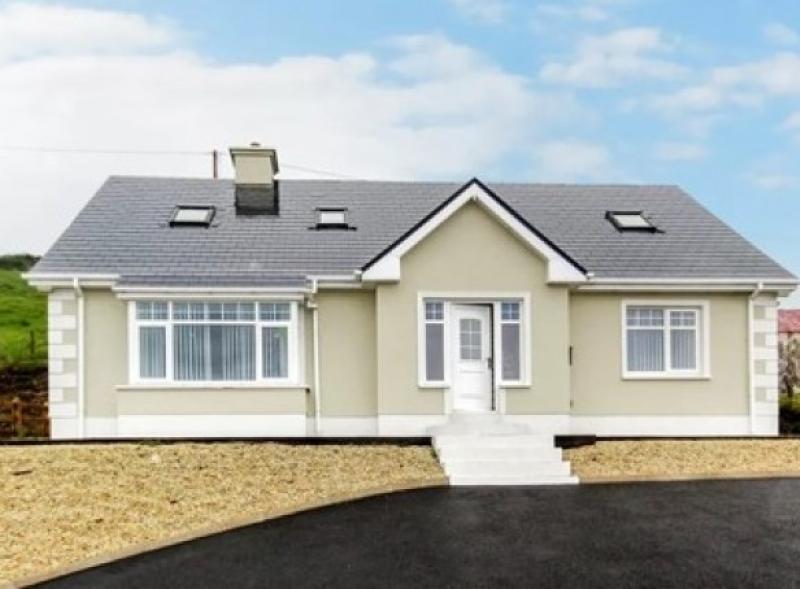 This house on Arranmore could be yours for a £10 ticket

People have only one week left to buy a £10 raffle ticket which could see them win a prize of a lifetime, a 4-bedroom house, on Arranmore Island.
The house also has four bathrooms, as two of the rooms are ensuite, a large sitting room with an open fireplace and a huge kitchen with dining area, perfect for hosting parties plus a fully equipped utility room. There is also off street parking within the private enclosed garden. The house has amazing 180 degree sea views overlooking the Atlantic Ocean making it an ideal family home or special holiday retreat. The house is fully furnished so the new owner will have the luxury of walking straight into a fully functioning home.

Luxury home
The owners of the house Lisa Gallagher who is married to Arranmore native Brian Gallagher said that the family now live in Letterkenny and don't get to visit the island house as much as they would like. Brian and Lisa have three of a family and all their activities are associated with being in Letterkenny, and further afield.
“It is a luxury we can't afford. The house is stunning, absolutely amazing. It is going to be such a good prize for someone,” she said.
The first weekend when news broke of the house raffle two thousand tickets were sold over the course of 48 hours. The momentum slowed down after the initial flurry of activity. However, the family focused their energy on social media and other matters to boost ticket sales. It is hoped that the Gallagher family will sell enough tickets to cover the cost of their home.
They were given the opportunity to support a charity and the Gallagher family decided to chose Pieta: “They are fantastic and we really wanted to give something back to them and this is a great opportunity to be able to do that. We are never going to be able to raise that kind of money and hand it over to someone.

Get your tickets sooner rather than later

Yesterday, Wednesday, over 20,000 tickets had sold. The house was valued earlier at €220,000. A woman was about to buy the house but Brexit came on the horizon and she became anxious and pulled out. The family decided to take a leap of faith and raffle their home. The deadline for buying tickets is July 31 at 3pm. The site may crash if there is a huge influx so get on there early.
Click here to buy your ticket to be in with a chance of winning.