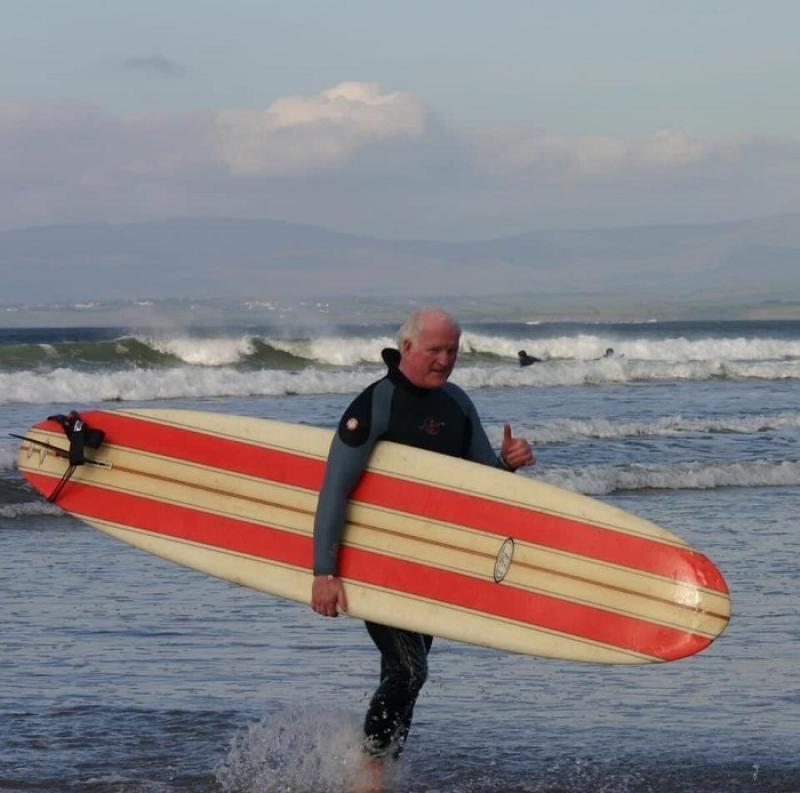 Irish Surfing have today tribute to the late Brian Britton, from Rossnowlagh who was instrumental with the sport of surfing becoming an Olympic sport and debuting this very day in Japan.

"Surfing makes its debut in the Olympic Games today, many will be unaware of the pivotal role former Irish Surfing President, Brian Britton (RIP) played in this journey.

"Brian was a key player on the International Surfing Executive when it was first suggested to start lobbying for inclusion of surfing.

"Brian tirelessly campaigned for inclusion until June 1995, when the International Olympic Committee officially recognized the ISA as the International Federation for surfing and bodyboarding. Wave riding was formally welcomed in the Olympic family, the first step on the journey to Tokyo."

Bundoran and Donegal surfing legend himself, Richie Fitzgerald, who is currently based in Australia with his family added:

"The big BB, the Donegal surfing legend who was pivotal getting surfing in the Olympics. He was the first surfing official anywhere in the world to propose the idea of Surfing as an Olympic sport.

"I remember him always speaking so excitedly at the prospect. I’d say he’d be so proud to see it make its debut in Tokyo."