Cllr McBrearty calls for peaceful protest in Lifford on Monday 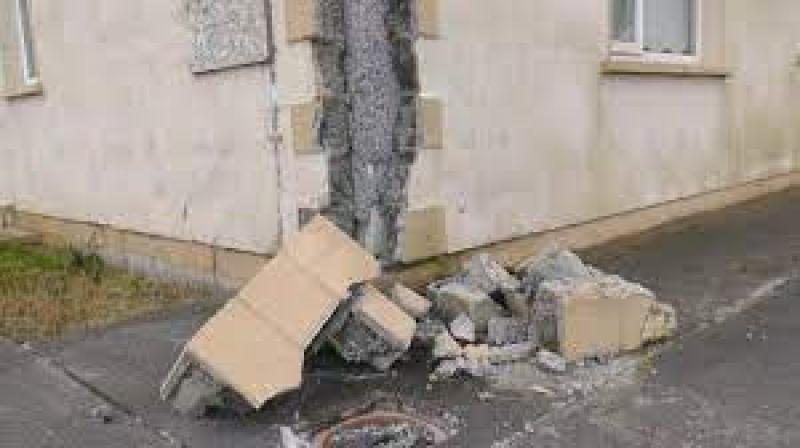 It appears another contentious meeting is on the cards for tomorrow's resumed meeting of Donegal County Council (DCC) when questions why expert advice on the question of mica and the council-administered redress scheme were not made available to councillors will be raised once again.

This will come during what is already a controversial agenda.

There are already questions hanging over proceedings from last Monday's original meeting over adopting a new rate of Local Property Tax as well as a challenge to the hearing of legal advice in-committee or in public, on the council's purchase of alleged mica houses in Buncrana as well as the legality of putting protocols in place in relation to the purchase of materials from quarries that are known to have defective materials.

In relation to the mica issue, independent councillor Frank McBrearty Jnr, says he has been supplied with documentation from a whistleblower which he alleges shows that some council officers along with the chairman of the council Mica Redress Committee (MRC) neglected to put before them.

He has contacted the council's chief executive, John McLaughlin, the new cathaoirleach, Cllr Jack Murray and his council colleagues today, (Sunday), outlining the information he has been given.

He says a letter sent at 2.31pm on February 23, 2021 from Chartered Engineer, Dr Ambrose McCloskey, PhD BEng CEng MICE MIEI EurIng, was emailed to MRC chairman, Cllr Martin McDermott in which he outlined his and fellow engineers, about concerns about the defective concrete blocks scheme.

"Primarily, my concern is that most homeowners believe that once they have the remedial works carried out, their home will be ‘problem-free’ and fully insurable/mortgageable etc.

"Obviously, any course of remedial works short of a complete demolition will mean that mica blockwork will remain within the structure (most notably within the internal sub structure
supporting the house), and thus there is still a high likelihood of further deterioration in the future. As such, no guarantee or warranty is provided to the homeowner by the Chartered Engineer, with regards to the longevity of the remedial works, or the structure as a whole.

"This has wide reaching ramifications for the homeowner moving forward.

To summarise a few:

- If so, will insurance companies charge a larger premium accordingly?

- Will mortgage lenders allow home loans to be drawn down on dwellings with potential future deterioration? Be this by the existing or a potential new owner.

- Current mortgage lenders seem to have no involvement in the scheme at present. They are effectively stakeholders in the dwellings. Are clients expected to consult with mortgage lenders regarding demolition or remedial works?

"For example, suppose a homeowner progresses with a full demolition and rebuild. If something unforeseen financially, maritally or health-wise happens when the house is demolished and works stop; where does the lender stand if they take over a cleared site on which they believe they have monies secured on a dwelling?

"We have put a number of these questions to the Mica Redress Scheme email address at Donegal County Council, but have been met with limited replies, referring us to Irish Statutes and/or NSAI."

Dr McCloskey then asks Cllr McDermott for some direction.

"With your own history of involvement with both the Mica Steering Committee and the Redress Scheme, perhaps you have some insight that I can pass on to my clients?"

Cllr McBrearty says this information would have been vital in helping them as councillors deal with the 90%-10% redress application section of the council and what he called "their attempts to continue to push the Government agenda of remedial works only".

He added: "Another local renowned chartered engineer, Martin Doherty from Inishowen, has also spoken about the issue when he appeared on RTE's Prime Time Investigates in June."

The Raphoe councillor revealed today that he has received information from a whistleblower that shows Cllr McDermott forwarded Dr McCloskey's February 23 letter on to the council's Mica Redress Scheme section at 3.18pm to an official dealing with the mica redress scheme asking how he should reply to Dr McCloskey's letter.

"For whatever reason Cllr McDermott chose to bring this information to the council executive only. This information is vital to the victims of mica in the pursuit of justice," he says.

"Cllr McDermott claimed at our special council mica meeting on July 9 that he received the letter from Dr McCloskey in a private capacity but like I highlighted at that meeting, nothing in public office is private and this information should immediately have been brought to the attention of the mica committee and the members of Donegal Co Council.

"This information did not come to light for over four months until Dr McCloskey wrote to me and others on June 28 and his appearance on the Today FM Matt Cooper Show a few days later."

At last Monday's meeting, Cllr McDermott made it clear that he had worked very hard in dealing with the mica issues and claimed it was unfair to say he did not pass on the information Dr McCloskey sent to him at that time.

However Cllr McBrearty repeated his claim today that councillors were left in the dark, adding this was now an issue about transparency and accountability. He also repeated his call for Cllr McDermott to resign.

"Public office holders are elected to serve the interest of the citizens of County Donegal first and foremost. The information which I have gathered up in this scandal over the last number of months does not shock me at all.

"The members of Donegal County Council cannot ignore this information and must support me in my calls for Cllr Martin McDermott to now resign his position as the chair of the DCC mica committee for not relaying such vital and important information in the interest of the public and the victims of mica."

He added if any other members of the council knew the contents of Dr McCloskey's warnings, they should also consider their position.

He also repeated his call for people to go to the council's headquarters in Lifford tomorrow, Monday July 26 for a peaceful, Covid-compliant protest to make the civil servants aware that their support for all the remedial redress options other than complete demolition was a slap in the face to every mica affected citizen of the county.

"I repeat, this is a civil rights issue, one that could have effects all over the country but if we as Donegal people do not fight our corner now, we can't complain if houses start crumbling around us in the months and years ahead.”

Cllr McBrearty added: "No matter what happens we will be going down the court route over the coming months and years ahead. This will ensure the Government fully understands that we as victims in this scandal will hold them to account for the injustices committed against the people of Donegal.”