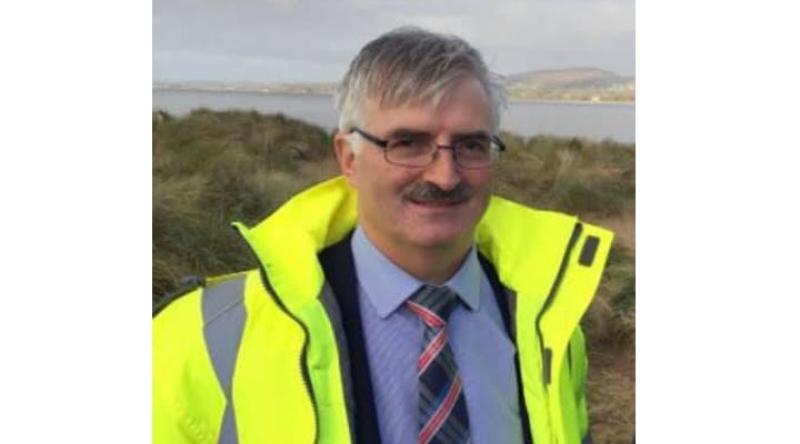 Donegal County Council's chief executive, John McLaughlin has warned that due to the "barrage of abuse creating an intimidatory, hostile, humiliating and offensive environment" that his staff have been subjected to in recent weeks, there is a strong possibility the council will suspend its processing of the mica Defective Block Grant Scheme.

He has also indicated that the council has been engaging with the county solicitor and will be engaging separately with its criminal defence lawyer in the next number of days over "significant public and private comment" on the Defective Block Grant Scheme.

It is believed he is referring to the almost daily stream of online criticism the council and its staff have been subjected to over the mica blocks situation.

Because of the continuing controversy at Monday's online meeting the chief executive did not get the opportunity to present his report to the members.

In a document see by Donegal Live it appears Mr McLaughlin had added to the original report and outlines what the recent difficulties he and his staff are currently faced with in relation to the "significant public and private comment" on the mica blocks scheme.

"The processing of these grants does not fall under the normal works and functions of Donegal County Council. The council had over a year ag o agreed to take on this role at the request of the government departments so that there would be a means of rolling out this grant scheme to private homeowners. This was seen to be helpful at the time.

"In recent weeks there has been significant difficulties caused for council employees. The employees have been subject of a barrage of abuse creating an intimidatory, hostile, humiliating and offensive environment for them to carry out their work

"There has been unwarranted conduct that consist of acts, requests spoken words production, display and circulations of written words, pictures and other materials.

"The level of abuse is well beyond what would be expected or acceptable through the 'ordinary robustness of our council employees.

"The council has a duty of care and responsibility as an employer to its employees The corporate council of course has of course the employees interests, health and welfare at heart and must take steps to help prevent its employees from suffering nasty and totally unwarranted and unacceptable abuse."

Mr McLaughlin outlines the legislation under which the employer has responsibilities to its employees then issues his stark warning.

"The council has been engaging with the county solicitor and will be engaging separately with its criminal defence lawyer in the next number of days.

"I am conscious that we are now entering into the summer holiday period and I wanted to provide this update before the break and to indicate that there is a strong likelihood that the council will need to suspend its processing of these grants," he says.