Unrest at lack of progress 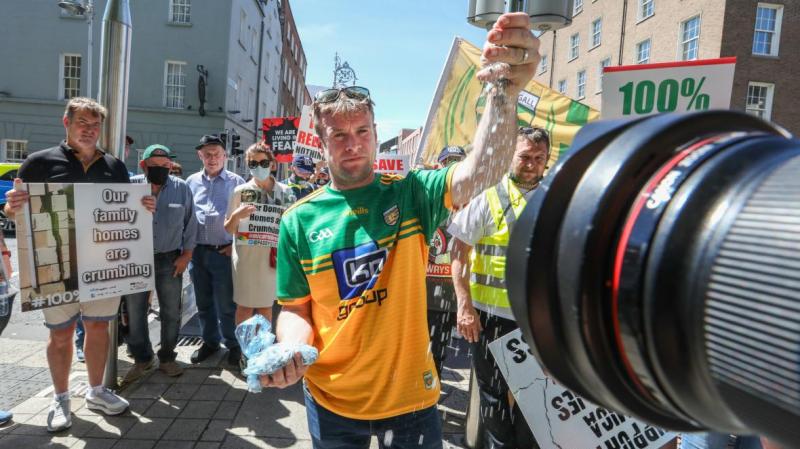 Doubts remain about the effectiveness of the Working Group's ability to come up with a solution to Donegal's mica redress crisis.

The unrest at the lack of progress has placed doubts about the future direction for mica home owners.

The Department of Housing, Local Government and Heritage has confirmed an extension to the Working Group on the Defective Concrete Block Grant Scheme following a request from members of the working group.

In response to concerns raised by homeowners in relation to the Defective Concrete Block Scheme, Minister Darragh O’Brien established a representative and time bound working group to review and address issues with the scheme.

The group were due to report back to the Minister by July 31.

At the request of homeowner’s representatives on the working group, the report will now be completed and presented to the Minister by September 30.

Talks in relation to all issues within the scope of the review are ongoing and no final positions have been taken.

However one prominent Donegal member of the Working Group, Paddy Diver has already resigned. He was was one of three local residents, representing people whose homes are crumbling as they were built with defective blocks, to be appointed to the committee  to advise on improvements to a state redress scheme.

The mica scandal has also dominated recent meeting of Donegal County Council and has forced its last two meetings to be abandoned.

This comes on yesterday's threat by the council chief executive, John McLaughlin to halt its involvement in the processing of mica redress applications and examine legal actions due to the levels of abuse its staff is receiving.