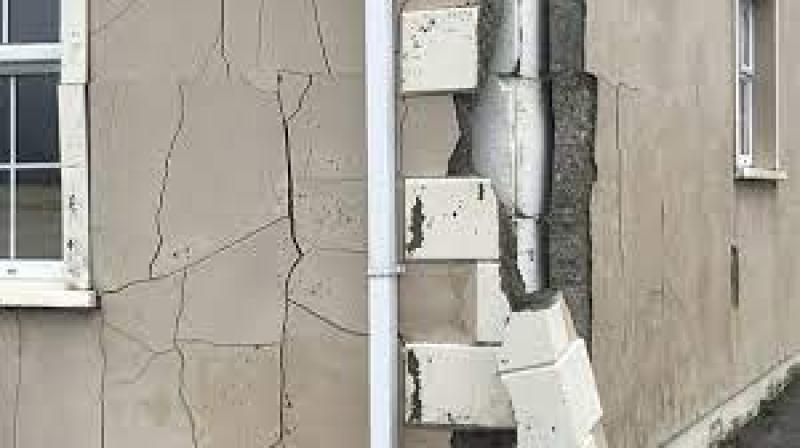 Donegal County Council's director of housing, Joe Peoples, has promised council mica home owners that they will get the Rolls Royce job in terms of remedial works to their properties.

He was speaking at the recent Lifford-Stranorlar Municipal District meeting which was held to discuss defective block problems in this area.

He was challenged by independent councillor, Frank McBrearty Jnr who claimed that remedial work was breaking contract law and would not be insurable.

Mr Peoples revealed a new project team would look at the work that had to be done.

“Whatever works we do it will be a Rolls Royce job in terms of the remedial works that are needed. Logistically it is a very significant task, unprecedented in the history of our country,” he said.

Earlier that day the council's Housing and Corporate Strategic Policy Committee also met with mica high on its agenda.

Members expressed confusion over a number of issues including the statement by the council's chief executive John McLaughlin last Wednesday over possible legal action and threats to pull out of administering the mica redress scheme due to ongoing abuse of officials, staff and councillors.

They all agreed abuse was unwarranted but the chief executive's comments left many who had already entered the scheme in limbo as to what the future was.

Several other issues, including the lack of action in bigger towns like Letterkenny in dealing with the vacant house situation and lack of communication with councillors, also featured strongly.

“We have to be part of the decision making if we are going to defend decisions made.
“We should be given the courtesy of being told what has been decided,” he said.