'Get that Boy Home' 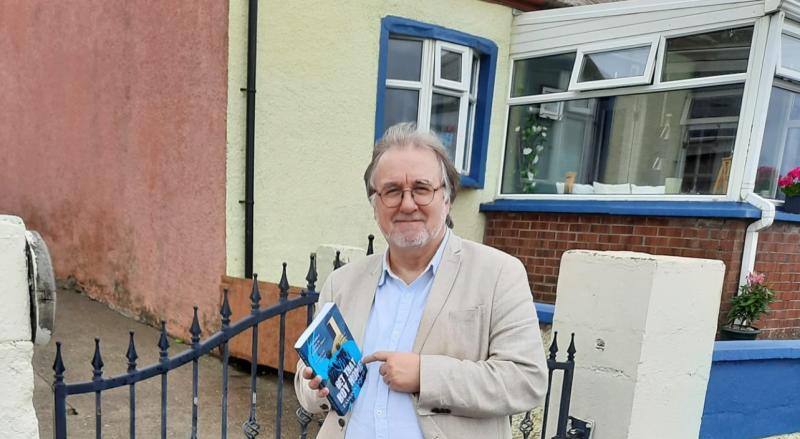 Eamonn Lynch Eamonn at Fahan, outside the house where he stayed in 1972

The past is a foreign country: they do things differently there, or some things at least, for which the Gen Zers among author Eamonn Lynch’s readership should be eternally grateful.

Not for them the inadequate education system, relentless corporal punishment or ongoing war, which shaped Eamonn and his literary alter ego, Dan Feeney.

Other things, lighter things, the love of a mother or father, darker things, death and addiction, are immutable.

And all are featured in Eamonn’s recently published novel, Get that Boy Home, which is available in Mac’s Bookshop in Buncrana and Universal Books in Letterkenny.

A grandson of Inishowen, Eamonn’s paternal grandparents were James and Mary Lynch (née McDaid) from Buncrana. His dad Michael was known as Mickey. 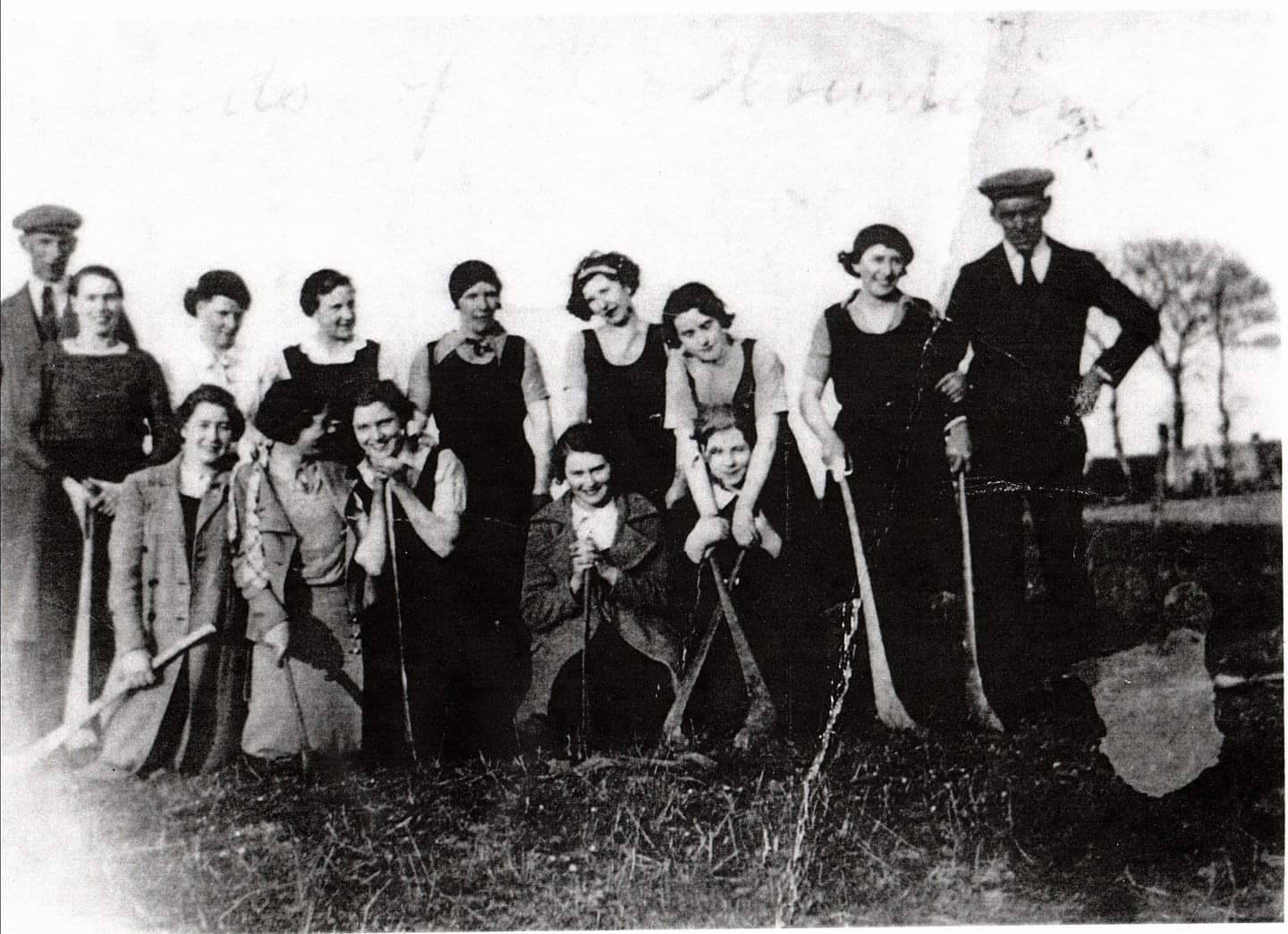 Eamonn's mother and aunt were members of the Maids of the Mountains, the camogie team from Quigley's Point which won three County titles in a row in the mid Thirties.

Eamonn’s mother was Margaret Feeney. Her parents, Hugh and Alice were from Gortnamona, just beyond Ture, at the Three Trees turn off.

Margaret and her sister, Eamonn’s Aunt Jean, played camogie for the Maids of the Mountain team from Quigley’s Point, which won three county titles in the mid Thirties. Margaret met Mickey when she came into Derry to work in bars and she ended up working in the bar she eventually owned, Lynch’s Bar, in Bishop Street.

Get that Boy Home is written with enthralling authenticity. The reader is completely and sympathetically engaged with Dan Feeney and his ever-present, revealingly judgemental, tantalisingly circumspect, internal monologue.

Dan does not like power walkers but does not reveal who did not immediately burn their Long Kesh hut on the night of October 15, 1974.

Speaking to Donegal Live, Eamonn revealed Get that Boy Home was 80% fact and the remainder was poetic licence for dramatic effect.

Dan Feeney’s father is portrayed as a very warm man.

“I idolised my father,” said Eamonn. “I wrote about spending a lot of time at the cinema in Get that Boy Home and for some reason I had James Stewart and my da on the same pedestal.

“My ma was lovely. She was strict with us. She had to be, there were eight of us, six boys and two girls, and all the boys anyway had various levels of delinquency.

“My father, who had been involved in the War of Independence as a teenager, died when I was 18. He had had treatment for cancer and he lasted five years and then it came back. After that, he died very quick.

“I remember after Bloody Sunday coming in and talking to him about it and then he was dead on April 1. I never, ever felt unloved growing up in our family.”

His time at an extremely classist St Columb’s College in Derry left an indelible stain on Dan’s self-esteem.

Eamonn said, initially he was not aware that theme would pervade Get that Boy Home.

He added: “It came out as I was writing. I didn’t plan the book. It was like an outpouring. Especially the issue about low self-esteem and about making choices, all of that, just came out and I became aware of it as I was writing it. I was able to give a voice to it.

“I think, on reflection, the teachers in St Columb’s in the 1960s certainly had education to pass on but they were not the right people to pass it on. I don’t believe they had the social skills to be around children at all.

“A lot of them had degrees but whether they actually did teacher training in those days, I doubt it. They certainly did not have that kind of skill to nurture anybody that was struggling.

“They really concentrated on those that were clearly academic and successful. I only remember only one or two teachers trying to pull me up a wee bit if I was struggling.”

Describing his brutal maths teacher, Mr McMaher, otherwise known as The Hammer, Dan Feeney said: “The Hammer had it all. He was a thug with a tie, excelled in verbal degradation and enjoyed watching boys suffer, and, of course, was an upstanding Catholic within the community.

“He introduced Dan to valuable concepts such as the angles of isosceles and equilateral triangles, algebraic formula, the total uselessness of being a working-class Derryman, and how to degrade a boy and ensure the effects lasted for a lifetime.”

Eamonn said growing up he always sided with the underdog.

He explained: “I was on holidays in Butlins with a protestant friend of mine when Internment was introduced. 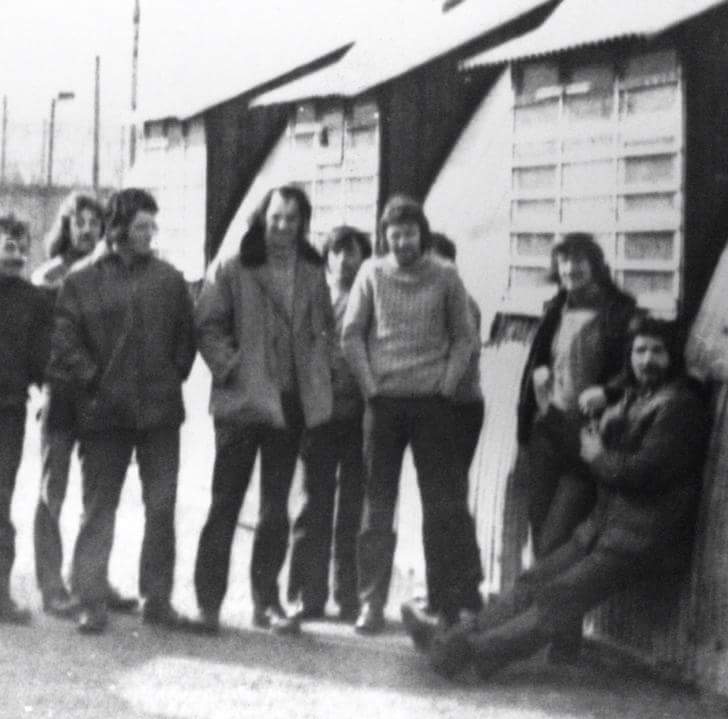 Eamonn in Long Kesh in 1974. He is the fella with the jumper and hands in his pockets. To his left is Mickey Donnelly, one of the Hooded Men.

“Even at 16, I just could not get my head around how any democracy could actually put its citizens in a prison, without charging them or sentencing them, that would have been the trigger for me becoming a Republican.”

Interned in Long Kesh, Dan Feeney describes the brutality which led to and followed the burning of the huts in October 1974, after the shortest hunger strike in the history of Ireland. Paradoxically, we learn about the hilarious romance between his comrade, Sean, and his ‘girlfriend’, Julie.

Dan also describes his sojourn On The Run in Buncrana and Dublin.

“Would I do the same again?” said Eamonn. “If I had the same information, I would do exactly the same thing again.”

One of the darker themes in Get that Boy Home is addiction.

Eamonn is frank. “I am an ex-drinker and gambler. The ‘Big Bet’ episode in Get that Boy Home was my way of expressing how Dan Feeney had three major challenges in his life: the Troubles, drink and gambling.

“The shocking ending speaks to the fact gambling is a silent illness and not enough people are aware about what it does to people.

“A lot of people were left behind by the Troubles and were vilified as having mental health problems, including alcoholism and gambling.

“In fact, one of my next projects is a play called Tortured Souls based in a treatment centre.

“Although I have been dry 34 and a half years, I still recall that feeling of being less than. However, when I went to the pub or the bookies, it was a great equaliser. I felt accepted. Yet, ironically, the people who were saying I was a great gambler or could hold my drink, were in exactly the same place as me.

“Today, I am relieved, glad and appreciative. I don’t think I have ever been happier. The reviews of Get that Boy Home have been brilliant and I am exploring ideas for two more books," said a contented Eamonn Lynch.

Eamonn Lynch can be contacted at www.derryyarns.com or on Facebook. 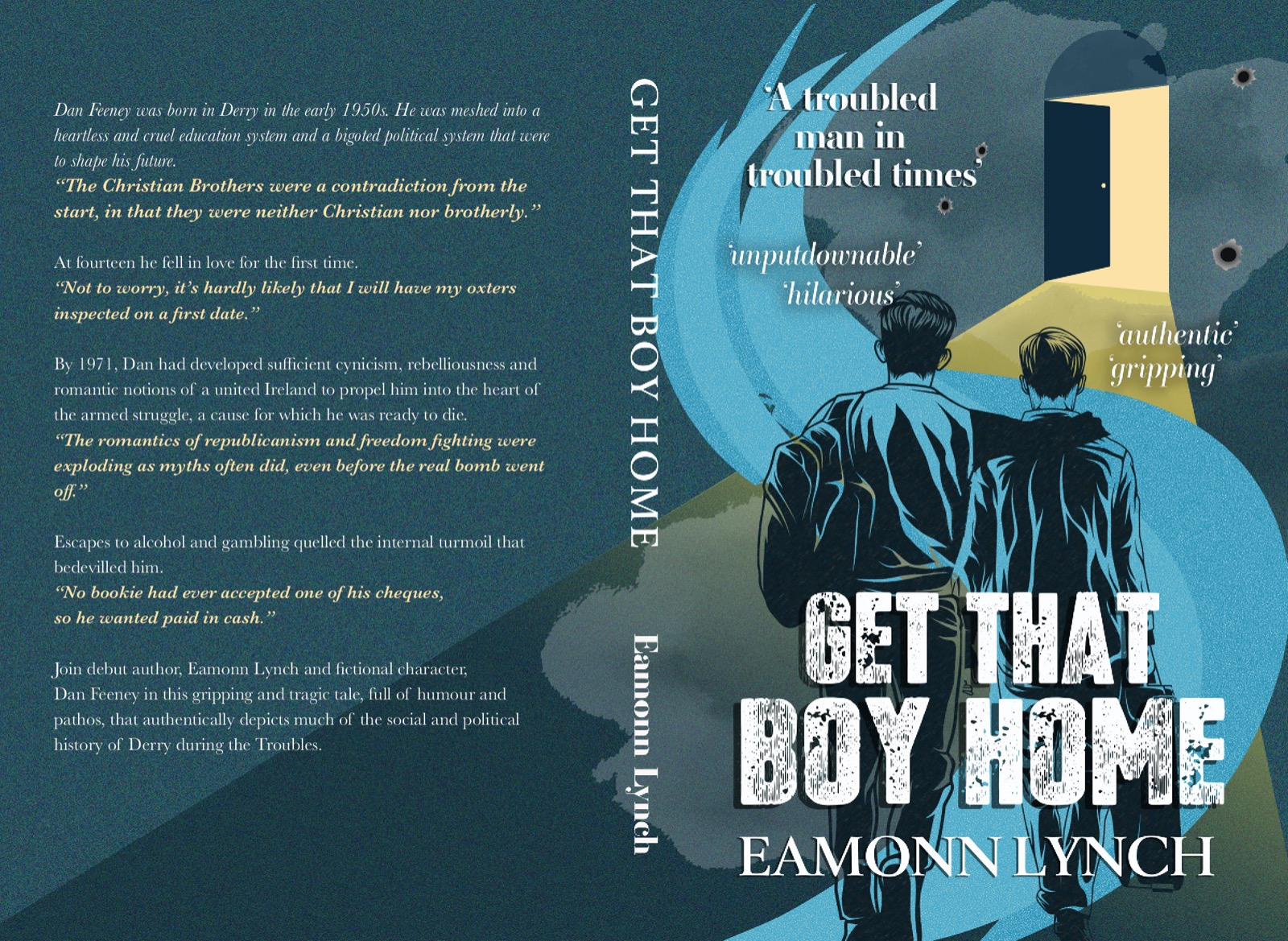