'Leave the keys with 100% Redress member 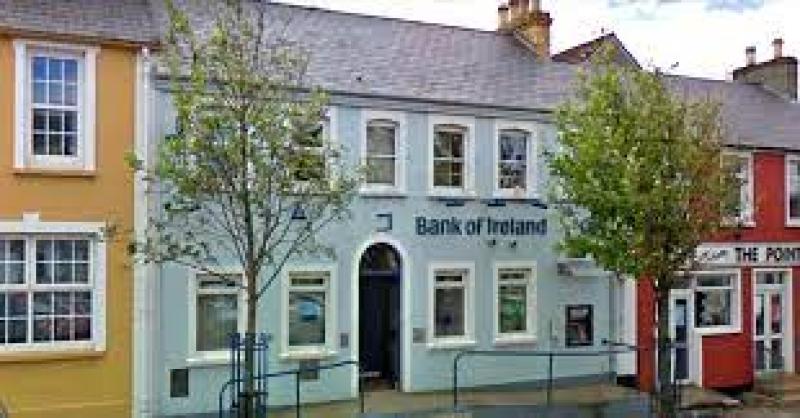 One Inishowen resident is proposing an imaginative use for the soon to be vacant Bank of Ireland premises in the peninsula.
Bank of Ireland is closing its Moville branch in September, in the face of significant community and political opposition to the move.

Speaking to Donegal Live Toni Devine, who lives in Mossyglen near Kinnagoe Bay, suggested Bank of Ireland gift the building to the people of Inishowen as a possible home for those awaiting an outcome from the Mica Redress Scheme.

“The present owner is a national company which has benefited substantially from its business in the town. In return for the years of service by the residents to the company, it is thought the company could gift the building to the town for some public use, a library, for example. The building already has disabled access and security.

“Alternatively, it could provide a bigger space for the post office, which has taken on some of the activities abandoned by the national company.

“Bank of Ireland could leave the keys of the building with any local 100% Redress campaigner when it shuts the door in the autumn. Donegal County Council could sort out the legalities of receiving the gift. Just imagine the potential. I intend to keep looking out for other buildings that could be repurposed to ease the present crisis.”

Ms Devine said looking at Bank of Ireland's withdrawal from the seaside town, from her own political perspective, it was incredible the bank was leaving and was “not donating some of its profits from more than a century in business to the local community, to that community”.

“These buildings mean nothing to Bank of Ireland,” she said. “I am starting at the endgame of a vision for Moville. The details are for the politicians and financiers to sort out. The banks have made millions out of Moville and its farmers and its businesses and its families. Why, in under God, would it not hand the keys over to the local community, having made such a killing from us, and they are leaving.

“The library is closed and it needs to get bigger to accommodate the population of the area. Not to mention, the children and the adults who have been through hell and need new kinds of books to reflect the situation post-Covid.

“I would like to see the community involved in the project, rather than the vulture funds. I will be sickened if Bank of Ireland has handed over its Moville premises to an international vulture fund or sold it to them,” she added.

In response to a query Bank of Ireland said: “ relation to the closing branches, we have recently appointed Sherry Fitzgerald to manage a sales process, which will commence from Q1 next year. Their intention is to make all interested parties aware of the sale.

“Branches which are closing are scheduled to close on the 8th of October. We have been writing to customers about banking services available to them including An Post locations, our digital and phone services and other Bank of Ireland branches.”