Sr Eucharia McLoone, a Donegal nun who gave remarkable service across the world 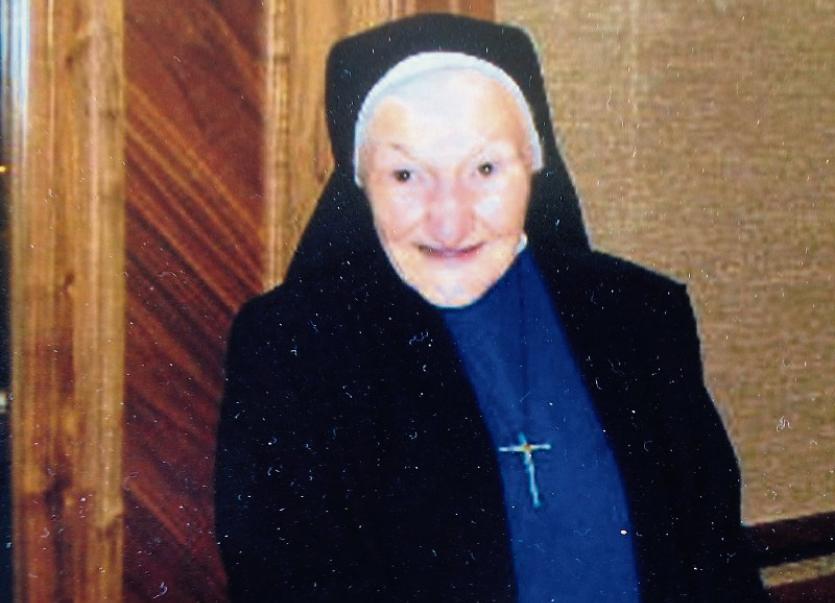 Annie McLoone was the youngest of three children born to Michael (Mick the post) and Bridget McLoone in Clooney, Glenties in 1925.

She had a brother, Phil and a sister Bridget. She attended the local school in Clogher and when taking piano lessons in Castlegolden at weekends met Mother Gabriel Gallagher who suggested she go to Mount Sackville, Dublin as a boarder for her second level education.

She loved it from the start and inspired by her experience there and by her profoundly Christian upbringing she entered the Novitiate in Ferbane in 1944.

After her profession as a Sister of Cluny and the completion of her third level studies she was missioned to Trinidad and Grenada in the West Indies where she taught in a secondary school, served as the superior of the community, but it was her musical knowledge, perfect pitch, and beautiful voice which will be immediately recalled when her name is mentioned. She trained the school choir and put on several Gilbert and Sullivan operettas over the years much to the delight of students and parents” (a tribute from Lauren Ramdhanny and other past pupils of St. Joseph’s Convent Grenada).

She contracted typhoid in St.Georges which almost caused her death but survived to take up an appointment as Provincial in the USA in 1966 where she served in many different roles for 16 years.

She was elected to the General Council in Paris in 1982.She travelled from there around the four corners of the world to support the work of large and small communities of sisters and “each one had their own wee story of her kindness and help to them personally. Can we imagine the good she did all over the World of Cluny when she accompanied Mother Marie Noel on these journeys?”(a tribute from Sr. Mary Sweeney and all in Makeni).

In 1994 she was appointed to Mt. Sackville to take on several roles - the accounts, the Liturgy and the hospitality services. ”

As we celebrate the life of Sr. Eucharia we thank her for the gift of her life to us, especially in her service of leadership at every level. Some people arrive into our lives and depart leaving footprints on our hearts and we are never ever the very same”(tributes from Sr. Claire Houreau, Superior General, Sister Rowena, Provincial, Sister Maeve the Superior, sisters of the Province of Ireland and Great Britain and the staff of Mount Sackville).

In the homily preached at her funeral mass her nephew, Fr. Michael McCullagh drew on the first reading-Love never fails-to capture this outward looking love for others and gratitude for her own life that sustained Eucharia throughout her life to practice what she preached often at great personal sacrifice.

Her family thank her for this great love she had for them down to the fourth generation. The family in turn loved her - they could not but love her for being the inspirational role model she was in gifting her life selflessly in the service of her God and her fellow human beings.