OBITUARY: Alan Kane - as brave as they come, on and off the field

Ballyshannon man, who played in goals with Donegal, will be sadly missed 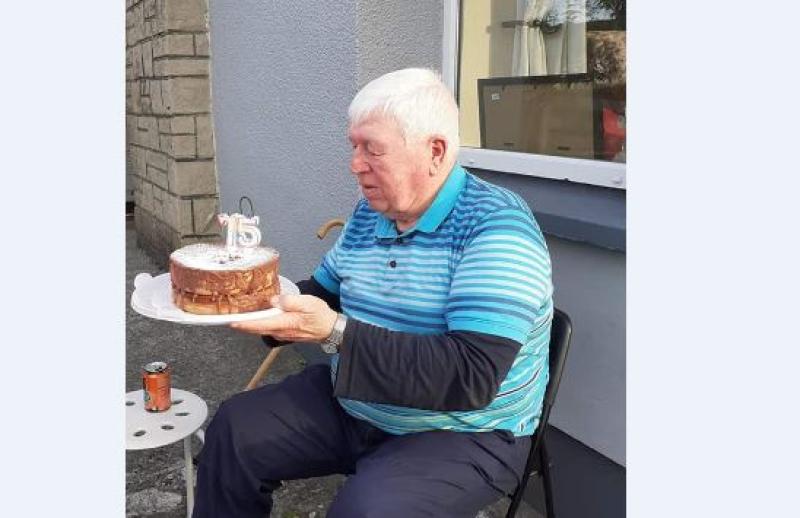 Alan pictured on his 75th birthday

On May 27 last year Alan Kane celebrated his 75th birthday and his daughter Fiona posted a picture of her father celebrating a he blew out the candles.
Within a short space of time dozens upon dozens of people started to pay tribute to Alan.
To those who knew him best, it was no surprise. He was inundated with good wishes, many on Facebook, many more through texts, phone calls, cards and letters.
Oddly enough, comments about his football heroics as a history-making goalkeeper with Donegal - and I will get to them as soon as I can - took a back seat.
Some people talked about his witty one liners, his laugh, many referred to him as a gentleman, but what struck me most, was the number of people who referred to his resilience and bravery when serious illness struck and how he fought that tooth and nail.
Alan was 55 years of age on January 17, 2001 when he suffered a stroke which threatened to leave him with limited mobility. His positive reaction to that life-changing episode in his life was, for me, and many more, what we will remember long after the medals are put away. 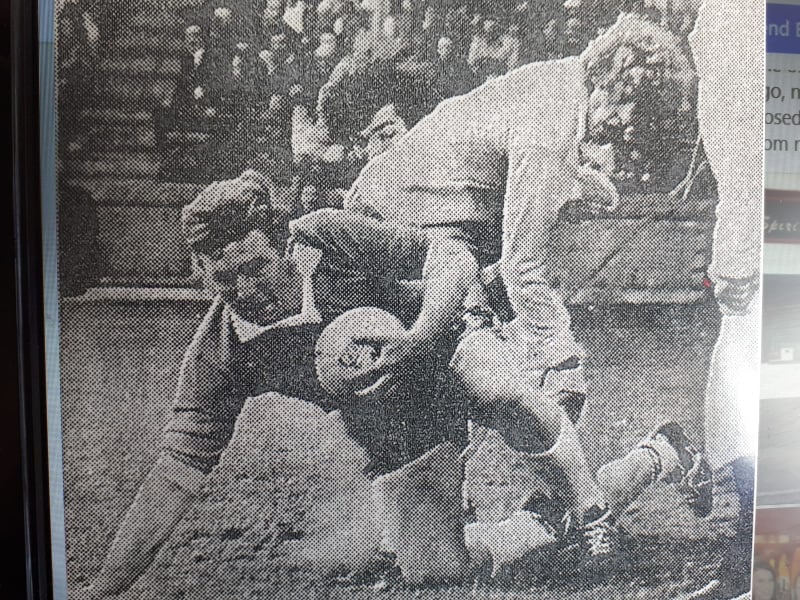 Alan in action for Donegal with Donal Monaghan in support

I know many, many people who cite Alan as a role model, someone who was dealt a cruel blow through illness 20 years ago, but someone who refused to let it stop him living, laughing and loving those closest to him. Anything but.
What came back to me, and I suspect many of you, is that image of Alan out cycling in his specially modified three-wheeler on the Bundoran road with a straw hat on his head, a green and white Aodh Ruadh geansaí on him, as he battled his way back to fitness.
He put up some mileage in that machine and it played a huge part in helping him regain his mobility. Through his sheer persistence he dismayed many with his powers of recovery and, in time, he was back walking.
People tell me Alan was brave beyond doubt when he played in goals for club and county. There’s a theory that you have to be brave and it helps if you are a little bit mad, to play in goals. Alan’s bravery on the field was something, his bravery off it, at 55 years of age, to meet and beat his illness head on, to my mind, was his greatest victory, for him and his family.
After his school years, Alan worked in O’Connell’s Garage in Bundoran, winning an All-Ireland scholarship for his work. He later worked for many years in the Abbey Garage and possibly Floods Garage also. 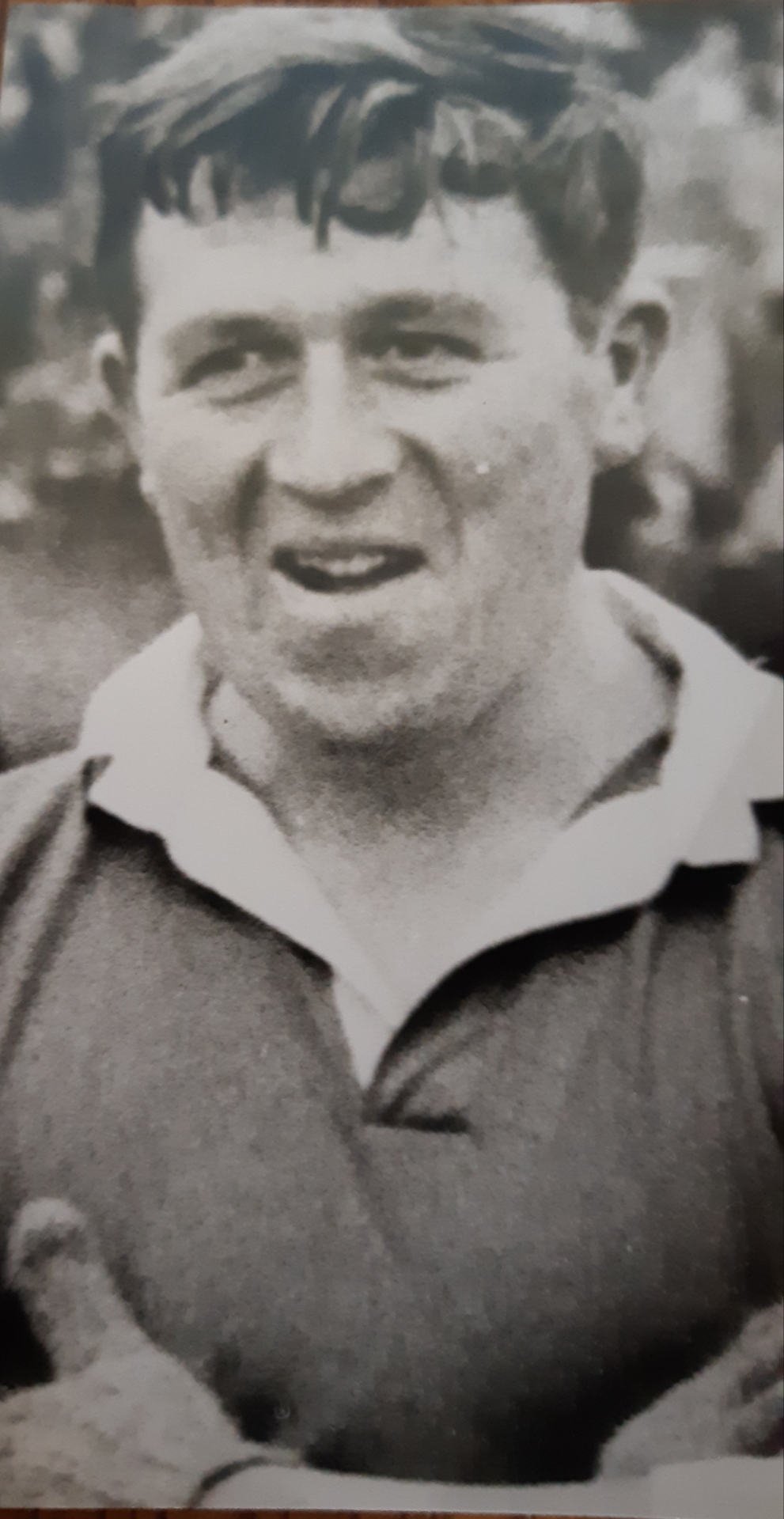 Alan, in his playing days with Donegal

As well his contribution to the Fire Service, Alan had a half-decker which he anchored at Mullaghmore and from there he fished lobster and salmon, his near neighbour Ronan McInerney a companion and on occasion, his brother Jim.
In August 1984 while fishing near Inishmurray in tricky conditions Alan realised that another boat was in trouble drifting on or to the rocks. He expertly guided his half-decker into the shore and effected a rescue - later receiving an appreciation award for his bravery.

CHARITY CYCLES
He and his great friend Billy Finn (RIP), ran a series of charity cycles for St Luke’s Hospital which raised huge amounts of money - they cycled twice from Buncrana to Ballyshannon.
There was a cycle from Thurles to Ballyshannon and a memorable Galway to Ballyshannon cycle capped off by Sylvester Maguire who famously stepped off his bike having cycled the entire trip from Galway and stepped on to Fr Tierney park to play a blinder for his club.
Alan was a regular feature in Fr Tierney Park when his playing days ended. He did countless hours there as a volunteer, he often cut the field and generally made himself available to help out; he was very committed to his club and the GAA generally.
With Aodh Ruadh and St Joseph’s, he was a wonderful goalkeeper in his day, but he began his medal haul in 1964 with a minor championship in hurling, scoring two goals from full forward.
With the bigger ball he has seven county titles with St Joseph’s and was in goals for the unofficial All Ireland victory over Dunmore McHales.
He has eight championship appearances for Donegal, his first against Antrim in 1970, his most celebrated two years later in a history-making Ulster final win for Donegal 2-13 to 1-11 over Tyrone in Clones.
Alan was inducted into the Aodh Ruadh Hall of Fame in 2002 and was a vice-president of the club.
The club has a famous Camogie tradition going back to its very earliest years, but he played a vital role in its revival in the 1980s.
In 1992 he was one of the founding members of Ladies football in the Aodh Ruadh GAA club and was part of the management team when Aodh Ruadh won their only senior ladies county title in 1995.
The last few weeks have been a trying time for his wife Patricia and their daughters Fiona, Frances and Grainne and his son Pauric, his brothers Teddy and Jim and a wide circle of family and friends to whom we all extend deepest sympathy.
Typical of Alan, he declined an offer of palliative care in North West Hospice, he wanted to stay at home, surrounded by those he loved and who loved him, and early on Tuesday morning they were all with him as he said slán.