Obituary: Anne McShea's caring nature endeared her to so many 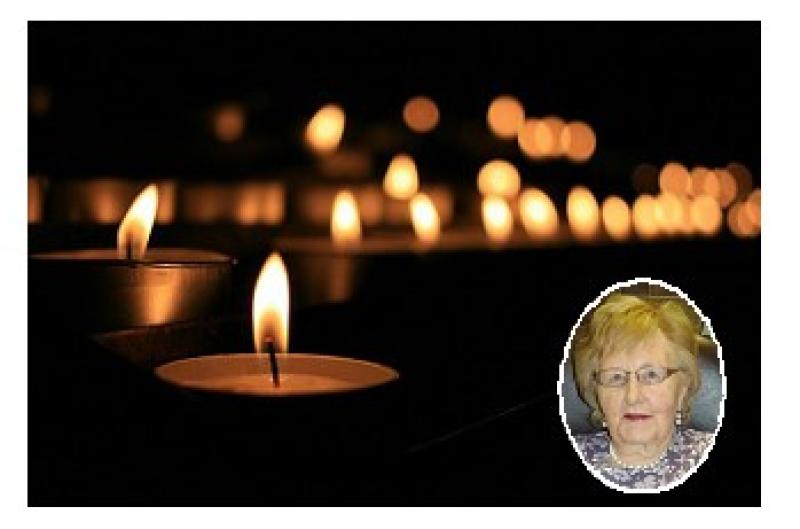 Sympathy is extended to the McShea family on the death of Anne McShea (née Kearns), Tullyhouse, Tully, Ballyshannon who passed away peacefully at her home, Tullyhouse, surrounded by her loving family.
Anne’s remains were in repose at the family home where large numbers called to pay their final respects. Removal to Saint Patrick's Church, Ballyshannon took place on Sunday, March 20 for 11am Requiem Mass, followed by interment in the Abbey Cemetery.
In his homily, Fr Vincent told mourners how Anne, a native of Bangor Erris, County Mayo, studied Home Economics in Swinford College and from there she went on to study in Mitchelstown, County Cork.
It was there that she was awarded a certificate as an All Ireland butter-making champion. “That was no mean achievement,” he added.
Anne, he said, came to work in the creamery in Belleek and it was there that she met and fell in love with Teddy McShea. They had been together for 60 years, Teddy, the love of her life passing away in 2016.
Anne had a caring heart and it was big enough for the many caring roles she took on over the years, including looking after her grand-aunt for 30 years. She was also a carer for Patrick Hill’s mother (Patrick who married her daughter Patricia).
Her caring roles developed and she went on to become a carer for the North Western Health Board. She was on the road 365 days of the year, he said, adding that her caring nature has been passed on to her family.
She was part of the Charismatic Movement and had great faith and trust in St Anthony.

GAA
Fr Vincent reminded mourners that Anne was a lifelong pioneer. He also recalled how she was a great supporter of Mayo GAA.
He joked how she would now be having a word with Jesus and Mayo’s day would surely come, Fr Vincent, himself a native of Mayo, told mourners in a lighter moment.
Her world, he said, was turned upside down at the death of her husband Teddy and her son, Joseph.
She had, he reminded mourners, a long association with politics and was for a time president of the local Ballyshannon Fianna Fáil cumann. At her funeral members of the local cumann and members of Fianna Fáil, among them Cllr Micheál Naughton, formed a guard of honour outside St Patrick’s Church.
She was treasurer of the Ballyshannon Brass & Reed Band. A great baker, she was renowned for her brown bread and treacle bread.
After Holy Communion, sons Kieran and Terence read reflections to their late mother, Terence reading St Anthony’s Prayer, which he explained to mourners was one of his late mother’s favourite prayers.
Predeceased by her husband Teddy, and son Joseph (Belleek), very deeply regretted by her family, Roisin (Edmund) London, Geraldine (partner Aiden) and the late (Rick O'Mahony) Dublin, Kieran (Cathy) and the late baby Ciara, Stranorlar, Terence (Mary) Ballyshannon, Patricia (Patrick) Askill, Eamon (Hetty) Dublin, Therese (Gary) London, Andrew Ballyshannon, daughter-in-law Eileen Belleek, grandchildren, great-grandchildren, brothers, Packie, and Peader and sister Chris, nieces, nephews, and entire family circle.
May she rest in peace.