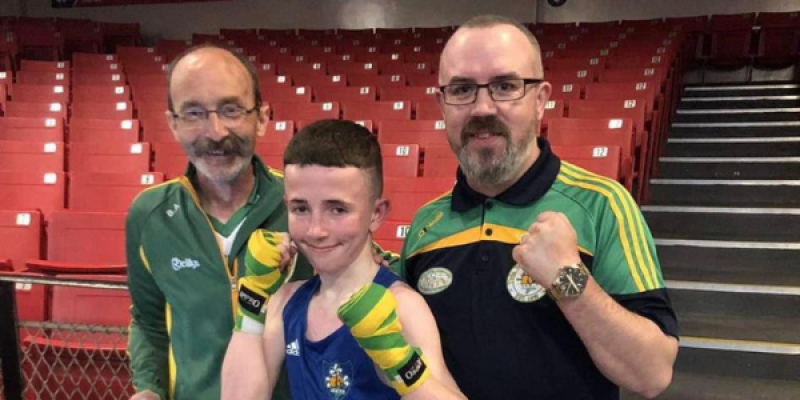 Caoimhin Connolly with Twin Towns BC coaches in Dublin.

Connolly overcame Cian Stone of Phoenix BC in his 40kgs quarter final.

Connolly took a unanimous decision win in the National Stadium and advances to the semi-finals next weekend.

On Saturday, Tennyson accounted for East Meath’s Tadhg Walsh at 48kgs, also via a UD.

There was no joy for Convoy puncher Kerri Browne, who lost out to Mayfield’s Donna Marie McCarthy at 51kgs. McCarthy took a clean sweep of the judges scorecards.

Meanwhile, Letterkenny BC official Mandy Douglas made her National Stadium debut as the third person in the ring over the weekend.

Douglas refereed at the home of Irish boxing for the first time.