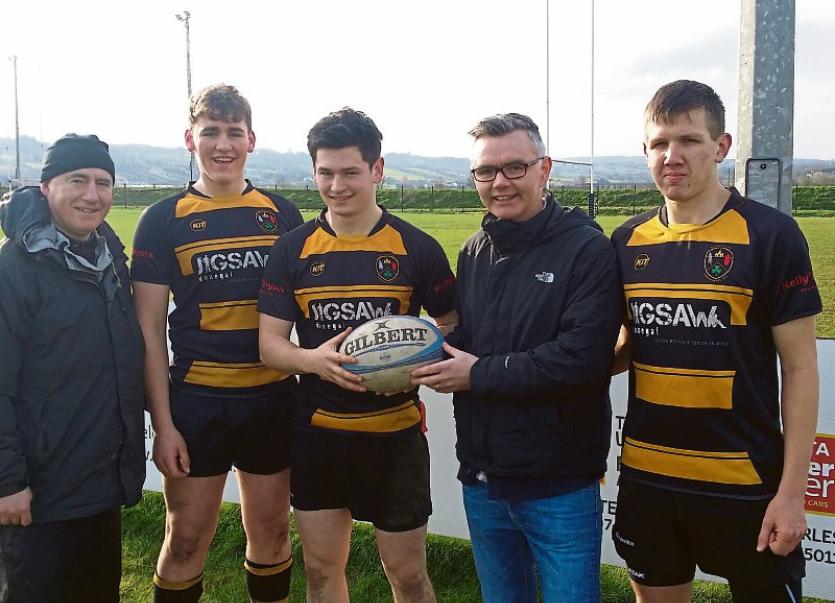 Letterkenny RFC under 18’s were crowned winners of the Premier Division of the Ulster Carpet League with an emphatic 71-0 victory over Carrickfergus at Dave Gallaher Park on Saturday.

Letterkenny will now play the winners of division four for a place in the league final against the winners of the other semi final between division two and three top teams.

Eleven try’s with eight conversions from the boot of Daniel Faulkner provided plenty of entertainment on a glorious morning for rugby. After a three week break, Letterkenny were a little rusty and took a good twenty minutes to settle into this game against a physically strong but immobile Carrickfergus pack.

The home pack soon settled with Diarmiud Gallagher and Will Douglas leading the charge from the second row. Aodhain O Neill impressed with his first start of the season in the No. 2 shirt and the line-out soon provided the quality ball that the back line required.

The scores then began to flow with Kevin Grant running his first of three try’s after good hands through the backs. This was soon followed by a brace from No. 8 Joseph Dunleavy. The first from a rolling maul off a line out and the second from a strong charge from the base of the scrum.

A number of changes at half time only added to the dominance of the home pack with the introduction of Stephen Holmes, Connor Cannon and Louis Carson.

The second half was a much more controlled performance in every aspect from the home team with scores from Daniel Faulkner, Connor Cannon, Matthew Faulkner, Joseph Dunleavy, Kevin Grant and two for Bailey Loughlin. The latter two scores were a just reward for Bailey after all the hard work he has put in to come back from an early season injury.