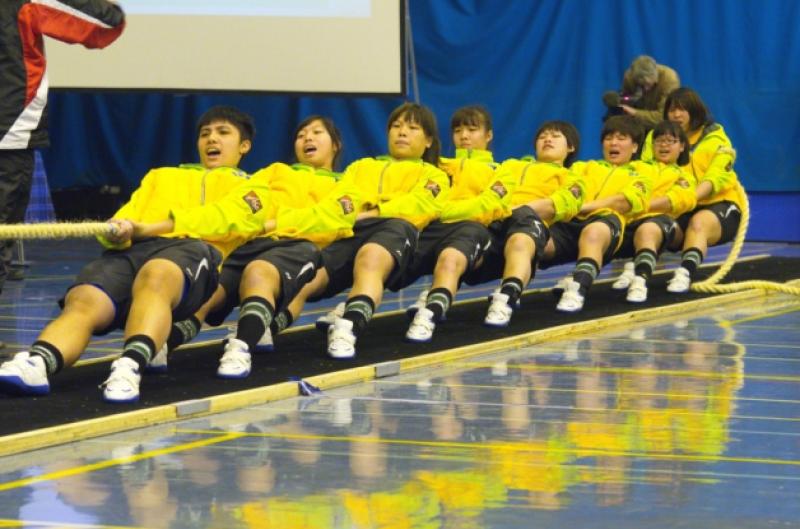 Donegal’s Tug of War clubs are in training for the World Indoor Tug-of-War Championship which are this year being staged in Ireland.

Donegal’s Tug of War clubs are in training for the World Indoor Tug-of-War Championship which are this year being staged in Ireland.

The championships, which run from Thursday February 20th to Sunday 23rd, are in in Mayo, in the Breafy House Hotel in Castlebar.

The Donegal teams of Clonmany B, Cockhill and Carndonagh will fine tune their preparations over the next seven days, training with the Chinese Taipei International Mens and Ladies squads who are coming to Donegal this week for a training camp in preparation for the championships. The Taipei ladies team are the reigning world champions and World Games gold medallists and they will be joined by their men’s team in Clonmany for the week leading up to the event in Castlebar.

Donegal clubs have enjoyed another successful season and they will be hoping to finish up with a medal on the world stage. Clonmany B have had a particularly successful year winning the national championship at 680kg, 640kg and 600kg. Cockhill from Buncrana made it a clean sweep for Donegal by winning gold at 560kg.

The training for all three teams is very intense at the moment as the athletes hope to maximise their strength and stamina while maintaining their lightest weight possible in a bid to get their strongest teams into the various weight categories.

The weigh-in for the championships is on Wednesday with the club championship taking place on Thursday and Friday. The World international championships take place on the Saturday and the Sunday.

In the build up to the championships, Donegal people with an interest in Tug-of-War will have an opportunity to see the Chinese Taipei teams in competitive action this week,

Danny McGonigle of the Clonmany club has organised a special competition for this Thursday night, February 13th. It will be held in St. Brigids Hall in Clonmany with the first pull at 8 pm.

With Inishowen a hot bed for tug-of-war Thursday night’s competition is a great opportunity for followers of the sport in the area to see local teams pit themselves against International opposition.

For up-to-date information on the World Championships in Castlebar and the results over the three days you can follow them live on the Irish Tug of War Association website on www.irishtugofwar.com