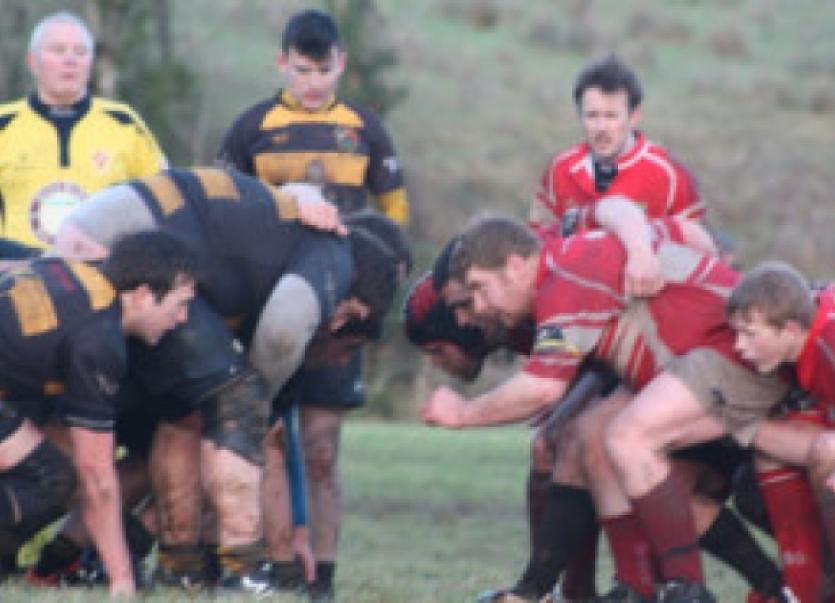 Donegal 2nd got their second win in-a-row with a hard fought win over local rivals Letterkenny at The Holmes.

Donegal 2nd got their second win in-a-row with a hard fought win over local rivals Letterkenny at The Holmes.

The conditions were very tough for both sides but Donegal controlled most of the first half and led at half time 6-0 thanks to two penalties from David Murray.

Donegal’s forwards were playing really well as a unit and were in control of scrums and lineouts, and were putting Letterkennys defences under real pressure with great driving.

Even with the windy weather Donegal backs tried to move the ball and Adrain Herarty and Gary McGinty made good ground several times.

The second half Donegal once again got control of the game and were unlucky not to score a try that their play deserved. Letterkenny were kicking now but Hugh Morrow was catching and running straight back at them with interest.

With 15 min to go Donegals backs first brought the ball forward then the forwards picked and drove to within 5 meters and got a penalty which David converted to lead 9-0..

Letterkenny had the better off the remainder of the game but Donegal defended well until the last play of the game. Letterkenny’s prop forward crashed into the corner to score, but with the conversion sailing wide the referee blew his whistle for full time to great delight of the Donegal Town boys. The whole team played very well and confidence will be good for next Saturda’ys quarter final Bulter Shield game against Strabane.

Man of the match: Shane Mahon. His third senior game and he was everywhere. He tackled, he carried the ball, he was awesome.