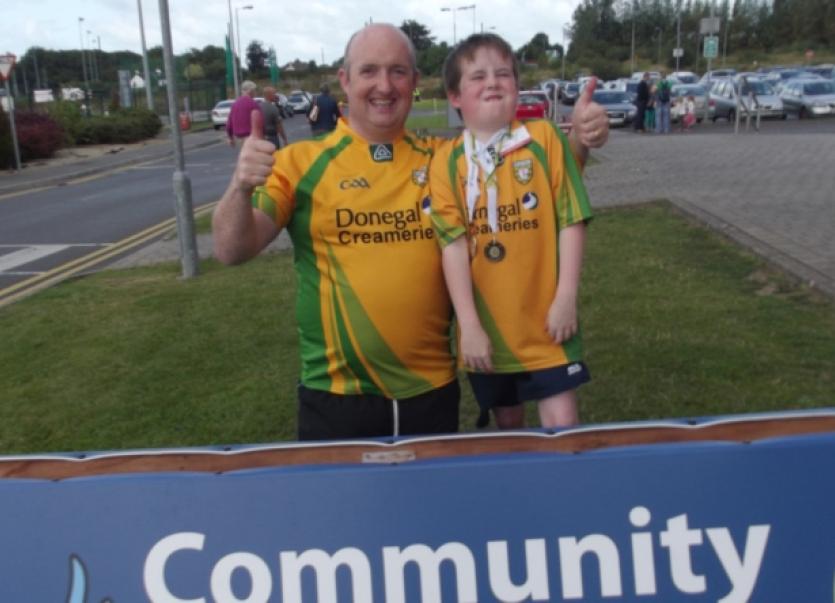 The first phase of the National Finals took place in Athlone last weekend and over 200 competitors and managers and officials from Donegal were involved.

The first phase of the National Finals took place in Athlone last weekend and over 200 competitors and managers and officials from Donegal were involved.

National President of the Games Gerry Davenport offically opened the event and the competitions got underway briskly on Saturday at 9am. Hundreds of parents from the 600 affiliated areas throughout Ireland thronged into the AIT campus to cheer on their young heroes taking part in the 42 different events.

In swimming gold went to Daragh Summerville, Ballyshannon in the U8 freestyle. Daragh repeated the win that his father achieved in the very same event 30 years ago in Mosney so it was a proud day for the Summerville family.

In the u13 Choir Angela Currid’s group from B/shannon performed brilliantly winning Bronze. In the Cylcling events Cloughaneely brother Odhran Doogan won Silver and PJ won Bronze in the Duathlon.

In the u14 event Ben Carr from Lettekenny won Silver in a very exciting race. In the Art and Handwriting all competitors gave a fine display of their talents but unfortunatley no medals came their way.

A fantastic weekend was had by and County managers Manus O’Donnell and Mary Crossan want to thank all the team mangaers and officials for their assistance.

The second phase of the games takes place this weekend with Athletics etc taking place. The bus will leave Tesco’s carpark Letterkenny at 10am on Friday and return on Monday at 2pm approx.

The county committee wishes to express its deepest sympathy to the Hagan family on the sudden death of Kathleen. Kathleen was a trojan worker at Community Games both at her area and at County level and will be greatly missed. May she rest in peace.