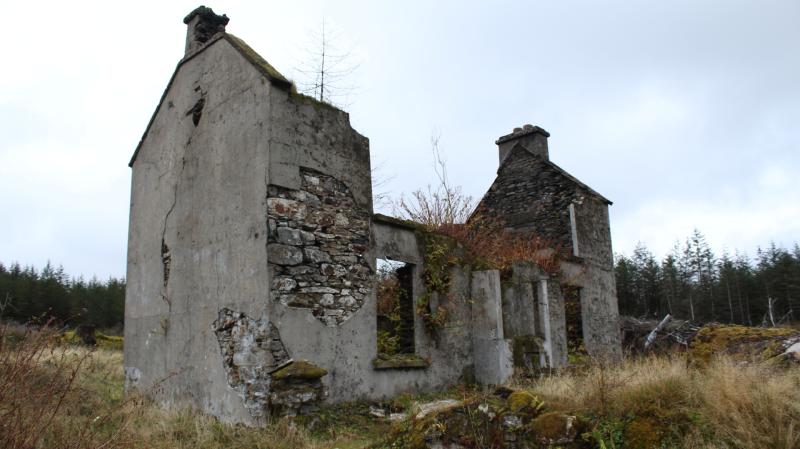 The hills of Donegal may be gracing the silver screen, once again, as rumours are swirling of a major producer looking for investment from local business people as well as scouting for locations.

One of the areas they are said to be looking at is the one pictured above, a derelict cottage about ten minutes drive from Letterkenny on the Glenties road. A source told the Donegal Democrat that a group of potential investors recently gathered for a private meeting with the producer at a cinema where a ten-minute proof of concept was shown to them.

The group were said to be suitably impressed by the footage and have til the end of the week to make their decision after reviewing the screenplay. The project is believed to be a horror film, a genre that has made a major commercial comeback in recent years. The producer reminded those in attendance it is also one of the few genres that does not require a huge budget or big stars to attract a wide audience at the box office.