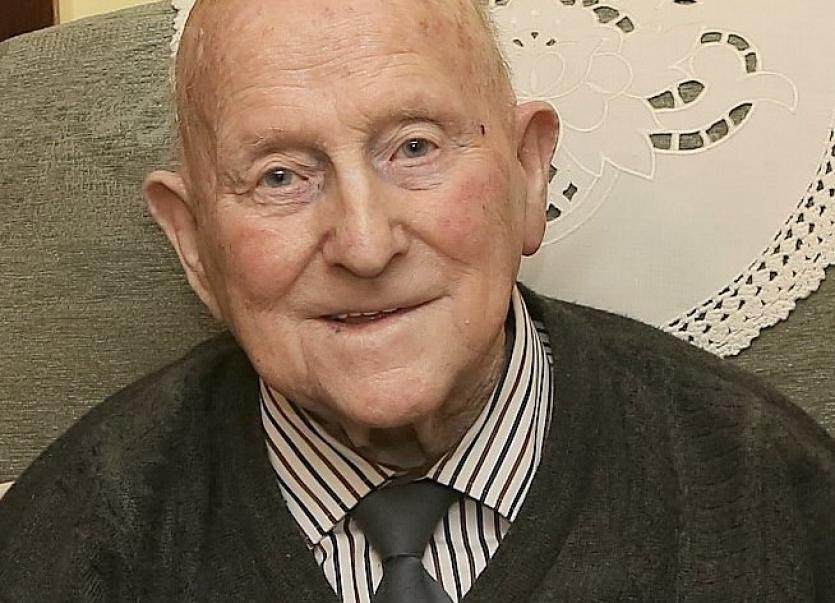 A huge crowd packed into St Naul’s Church, Ardaghey to say Slán agus Beannacht to one of the area’s most esteemed citizens.
The coffin of the late and highly respected Jack Jordan was brought from the chapel in Ardaghey to a haunting rendition of “Irish Solider Boy” from his niece Aisling.
And it was kind of fitting as the genial postman and father of 16 children was a true solider of Christ in his long and productive live in the parish of Inver.
Jack Jordan was a rock, a beacon of light and sound counsel to his late wife Cassie, son Martin and to his large and extended family, the large crowd was told. He was a man of deep and immense faith and his family were his pride and joy.

MAN OF THE SEA
Jack was also a man of the sea and loved the thrill of fishing on the rolling tides of Inver Bay.
He was born in Clydebank in Scotland in 1929, but came back to Ireland as a young man where he worked in Frosses, on the sea with the Furey’s and then as a very conscientious post man in the area. Jack knew everybody and loved being a postman, but more importantly had time for everyone, the congregation was told.
Family friend, Father Pat McGarvey, who was joined by Father Seamus Sweeny and Father Francis Ferry, told the congregation that people must have been wondering “how many rooms there must have been in Keelogs to rear such a large family.I come from a large family myself and there is never enough rooms in any house to rear such a brood”.
Fr McGarvey said Jack was totally devoted to his wife and family and Jack was a man who took his time to prepare to go to Mass and that was how he bravely faced his passing by “giving his family time to prepare for Jack to begin his journey to be with the Lord”.

LOVE OF HIS LIFE
As a young man, Jack met the love of his life Cassie and were married “for well over 50 years, in love, in happiness and in peace”.
“And Jack was a quiet man, I often blamed Cassie for that,” Fr McGarvey quipped. But Jack took everything in, had a great character and a great sense of who he was and pride in all that he had.
“His family were his pride and the joy and happiness the brought to Jack over the years and the growing up and the times that he and Cassie had with them, I would say they were a very happy bunch”.
Fr McGarvey added: “And the family are very proud of Jack and all that he was.
“Jack was a man of faith, strong faith, committed faith and gave himself to God, to his family and to the parish. We were honoured with Jack’s presence here many, many Sunday’s as a Eucharistic Minister.

PARISH COUNCIL
“He also served on the Parish Council and had a few tight characters there, myself included, but we had a great Parish Council over the years.
“But Jack was always a listening ear and a guiding ear.
“He would listen carefully, and he would talk things over and he always gave good advice.
“Jack was always loyal and faithful and to the cemetery in a special way, as Cassie passed on and the little grotto was offered in her honour and he had left a little mark of his love for his family there.
“Jack was a very loyal postman and was proud to be a postman”.
He added: “His wife Cassie and Martin’s deaths were sad and sudden, but Jack held the family together.
“His family in turn cared for him and loved him deeply. He was a listening man, a praying man, who offered prayers in their times of need. Jack had faith and hope for his family, for everything they could be and everything they were.”
“When Noel got elected councillor (for Sinn Féin) Jack sat and he prayed away in the corner and giving out half the time that the politics wasn’t always right.
“But he knew one day you might convert to Fianna Fáil”, to loud laughter in church.
“They always do, watch out,”!
Fr McGarvey told Jack’s many grand and great grandchildren to “hold his memory dear”.
“He has gone to be with Cassie once more.”
Jack was predeceased by his son Martin and wife Cassie. He will be sadly missed by his sons, daughters ,grandchildren (32) ,greatgrandchildren (23), relations and neighbours .