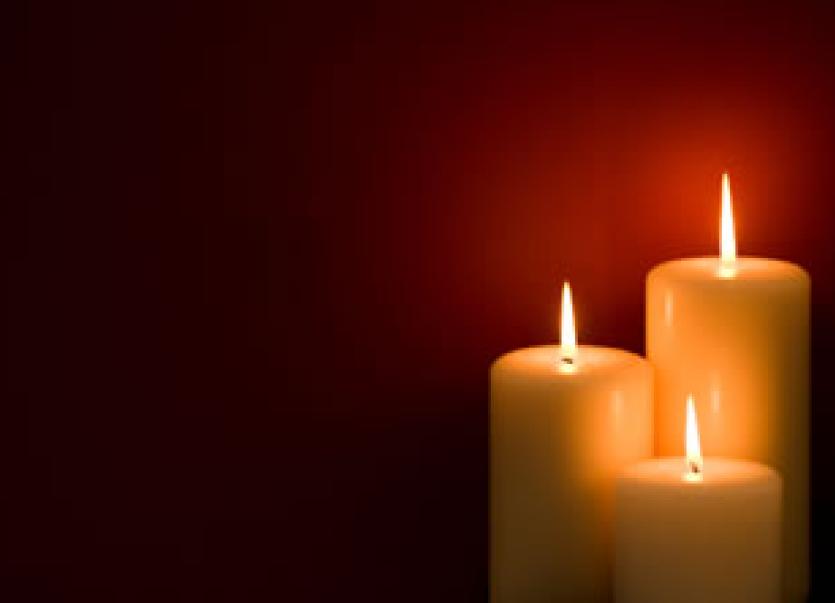 It was a sad week in Donegal Town as the community bid a final farewell to popular retired garda, Kevin Corcoran.

Retired Garda Corcoran was a native of Co Mayo who was stationed in a number of towns around Donegal during his years of service.

He died on Sunday in Letterkenny University Hospital following a short illness.

At his Requiem Mass in St Agatha’s Church, Clar on Sunday, a number of symbolic items were brought forward and left on a table before the altar. They included a scapular and a statue connected to his work, a family photo and the Mayo flag.

Fr Willie Peoples said to those present and the mourners who were watching via the parish webcam: “We are gathered to say farewell to Kevin Corcoran.

“We think of Mary this morning and their children Jennifer, Laura and Christine, their spouses and the grandchildren that he adored; siblings Bill, Anthony, John, Nuala and Anne, and we are thinking of Maura who is deceased.”

“He joined the guards at 18,” said the priest. “That seems young now but years ago people were getting married at 18.

“After his time served he moved to a busy place called Pettigo; a life that would have just suited him perfectly.”

It was during his time in Pettigo that the young garda met his future wife Mary at a local dance.

“Three years later they got married,” said Fr Peoples. “He was transferred to a fine town, Milford, where I come from myself.”

From there, Garda Corcoran was stationed back to Pettigo, and then to Donegal Town where he served in the traffic corps.

“He retired 16 years ago,” said Fr Peoples. “He enjoyed retirement, working around the house, organic gardening, and above all else his grandchildren.”

The priest described Garda Corcoran as an easy-going man.

“I went to see him only a few months ago and we talked about a lot of things,” said Fr Peoples.

“He would have made a very poor judge if he was on the bench because he would have let everybody off.”

The priest spoke of the heart-break of seeing a loved one suffering from an illness, and of how much the late garda’s family would have loved for him to have made a recovery.

Sadly, it was not to be.

Fr Peoples told mourners that their faith in God and in the proximity of the souls of loved ones would give them comfort and strength in this time of sadness.

“One thing we can do is have hope,” he said. “If we have hope in where our destiny is going to be, we can go through grief a little bit lighter.

“The memories will stay with us.”

Gardaí in Donegal Town and former colleagues of the late Garda Corcoran had an opportunity to pay a respectful, silent tribute on Sunday. His remains passed by the garda station, pausing for a minute, before being brought to his late residence to repose.