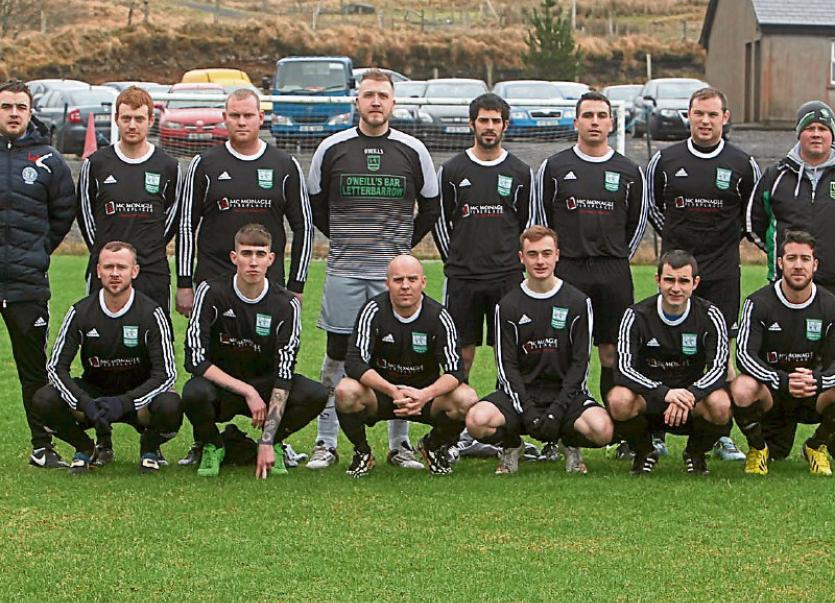 A rampant Erne Wanderers had too much firepower for an understrength Letterbarrow at Tymeen on Sunday.

In a game that had many chances, it was the Ballyshannon boys who had the firepower up front and they were relentless against a home side that battled to the end.

Indeed, Letterbarrow also had many chances, but similar to what was happening at Anfield, they didn't have any luck in the finishing.

Diarmuid Spratt had the opening goal for the Erne men and before half-time Seamus Kane, Michael 'Sticky' Ward and the ageless Dermot Slevin had added to their tally to leave them 4-0 ahead at the break.

To add to Letterbarrow's woes, goalkeeper James McDaid had to retire injured with Pauric Coyle taking over between the sticks.

There was no way back for the home side in the second half as Seamus Kane completed his hat-trick with Michael Ward also on the scoreboard.