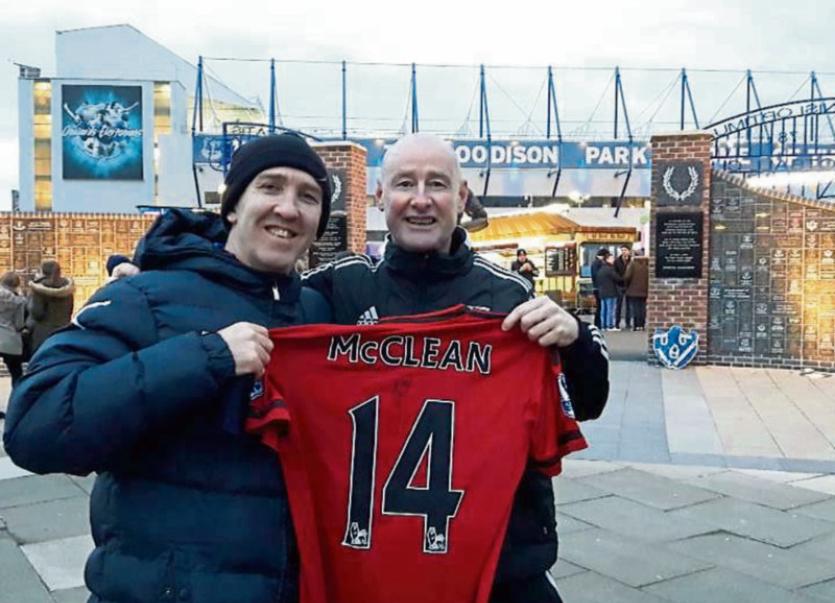 Finn Harps U-17s prepared for the start of their new season in style last weekend with a trip to Manchester City.

The party of 30 included coaches and a few of the academy players.

The highlight of their trip was a training session organised at the magnificent new Etihad Campus - the training venue of Manchester City.

On Saturday, they went to Liverpool and attended the Everton v West Brom game.

The trip was led by Harps U-17 manager, Declan Boyle, and he said it was a great few days away for everyone.

“It was a great success and it was a way of saying well done to the players who have been part of the squad,” he said.

“We have a few new additions there this year too and it was nice for them to bond with their new team-mates during the few days away.

“We'd a fantastic couple of days and for the players, some of whom haven't ever been to a Premier Divsion game before, it was great to get to Goodison Park and the Etihad.”

Their training day in Manchester was organised by former Finn Harps player, Fergal Harkin, who is part of the staff at Man City.

Another former Harps player, Aidan Smith, who is kitman with West Brom, presented Declan with a signed jersey worn by Irish International James McClean in the win over Everton on Saturday.