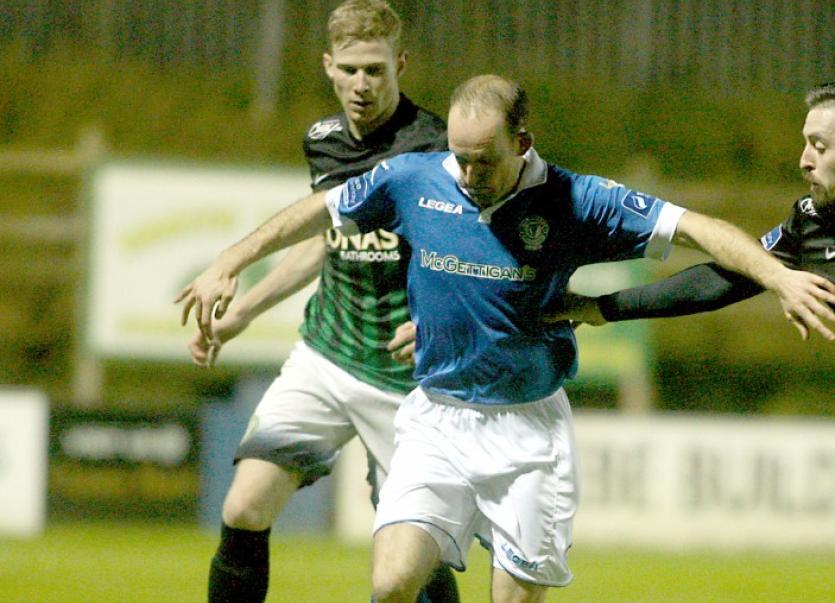 Cork City eased to victory over a weakened Finn Harps side at Turner’s Cross on Friday night.

Injuries forced Ollie Horgan to field a much-changed starting eleven, with no recognised centre-half in defence.

The patched-up side held firm up until seconds before half-time when a Cork City corner went straight in. Cork added a second on the hour and never looked like dropping points in their quest for league honours.

With Wexford winning 5-3 at home to Galway United with full time approaching in that game, they are likely to close the gap on Harps to just six points after tonight. Harps have two games left to play, Wexford have three - and the sides meet at Ferrycarrig Park next Friday night.

Just how strong a side Harps have available for that game remains to be seen. Their injury problems worsened only two minutes into Friday night’s game in Cork when Michael Funston was forced to come off after sustaining a head injury.

On a night when the wet conditions made things extremely difficult for both sets of players, Harps held firm for much of the first half.

Cork City, needing a win to stay in touch with leaders Dundalk, controlled possession for much of the half. But goalscoring chances were limited as Harps soaked up whatever pressure came their way and tried to hit their opponents on the break.

In one such situation, Harps striker Dave Scully found himself in on goal but his shot was straight at keeper Mark McNulty.

Cork meanwhile went close through Sean Maguire, but he just couldn’t get his shot away.

But seconds before the interval, Cork stole the lead when Kevin O’Connor’s corner appeared to go straight in, although there was a suggestion it may have struck Gareth Harkin on the way in.

Stephen Dooley made it 2-0 just before the hour mark but for many Harps fans, the developments at Ferrycarrig Park were proving just as interesting. Wexford were winning 5-0 at one stage, but with 15 minutes left to go, Galway had pulled it back to 5-3.