Donegal League round off their campaign with impressive win

Fine performance from Brian Dorrian's side 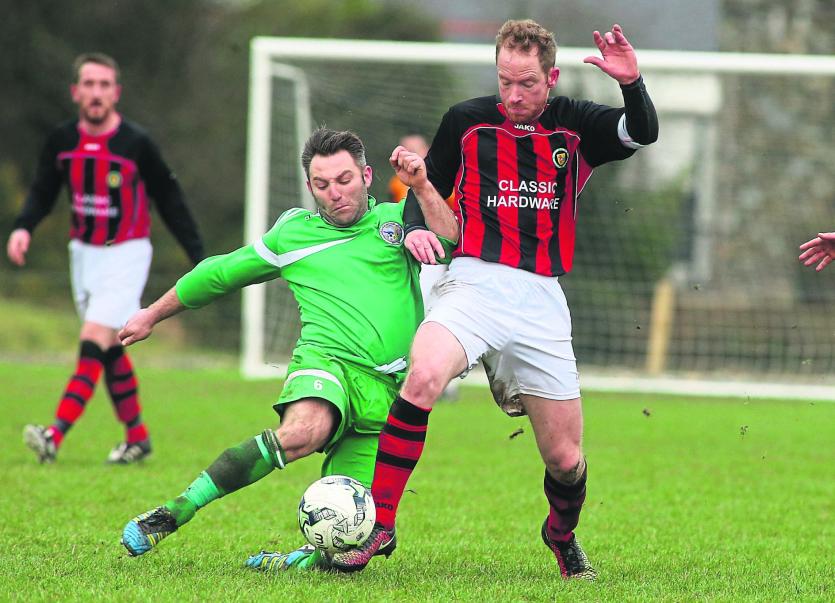 Christopher Malseed who was among the goals for the Donegal League on Friday night.

Donegal Town FC's Eoin Slevin marked his debut with one of the goals as the Donegal League ended their Oscar Traynor Cup campaign with a 4-0 win away to the Sligo/Leitrim League on Friday night.

The young midfielder, who is enjoying a fine season with the Hospital Field club, scored the fourth goal in what was a convincing win for Brian Dorrian's side.

Defeats in their opening games against Cavan/Monaghan and the Inishowen League means that even with this victory, the Donegal League can't qualify from their group.

Still, they will be pleased with the result and happy with the performance as they brushed aside the challenge of Sligo/Leitrim under the lights of MacSharry Park.

The visitors showed a number of chances in their starting eleven from the side beaten by Inishowen back in November. Kildrum Tigers player Damien Crossan gave them the lead on 17 minutes and Christopher Malseed of Drumoghill FC added a second soon after.

Further goals followed in the second half with another Kildrum man, Jamie McKinney making it 3-0 before Slevin rounded off the win with the fourth late on.