Second half goals see Pobalscoil Ghaoth Dobhair through to final 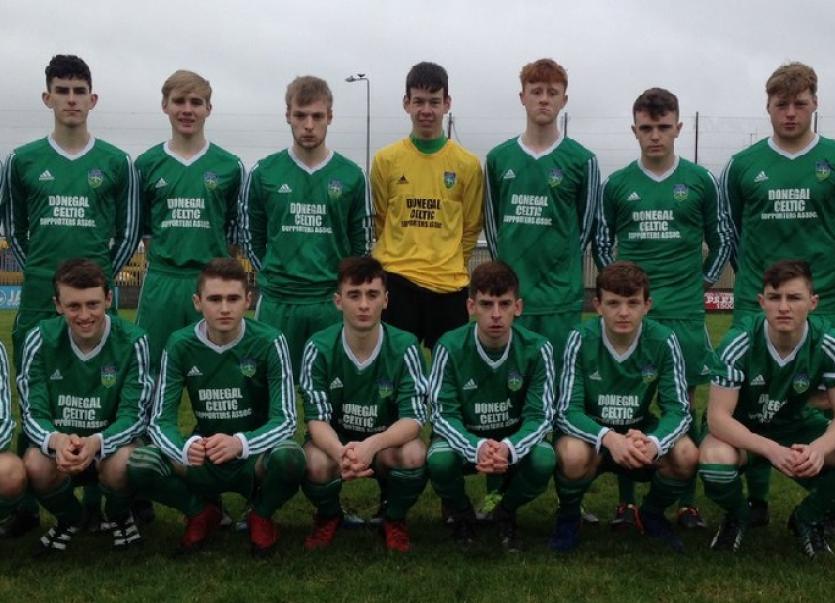 Pobalscoil Ghaoth Dobhair who were victorious on Tuesday.

Steven McFadden broke the deadlock just before the hour mark with a neat finish from close in.

The Ulster Champions march on after their third attempt at this stage of competition. The boys lost 4-0 to Gaelchólaiste na Mara, Arklow last season and again in 2015 when they narrowly missed out to Our Lady’s SS, Belmullet on spot kicks so it’s sweet revenge that they have booked their place in the National Cup Final scheduled for Wednesday, February 8.

Ethan Harkin was impressive throughout the ninety minutes. The youngster had a great chance to convert his header at the back post from a well worked corner but his attempt floated over the upright with 30 minutes gone. Steven McFadden had a rasping shot from distance sail over the bar eight minutes later as the Gweedore crew challenged for an opener.  It remained scoreless at the break.

Galway made some changes after falling behind to McFadden's opener but for all their effort, Galway found Gavin Sweeney to be on top of his game in the Gaoth Dobhair goal. The Galway lads had a number of well executed set pieces saved by the Gaoth Dobhair net minder. On another day, some of these attempts may have proved fruitful.

The win was sealed when Roarty managed to scramble the ball to the back of Gary Martyn’s net after a brilliant move from Ciaran McFadden’s charges. Again Steven McFadden was instrumental in the build-up.

The other semi-final fixture is scheduled for next Thursday, February 2 as St. Peter’s Community School, Passage West await the Leinster qualifiers.