Knockalla Cup 1st round next weekend 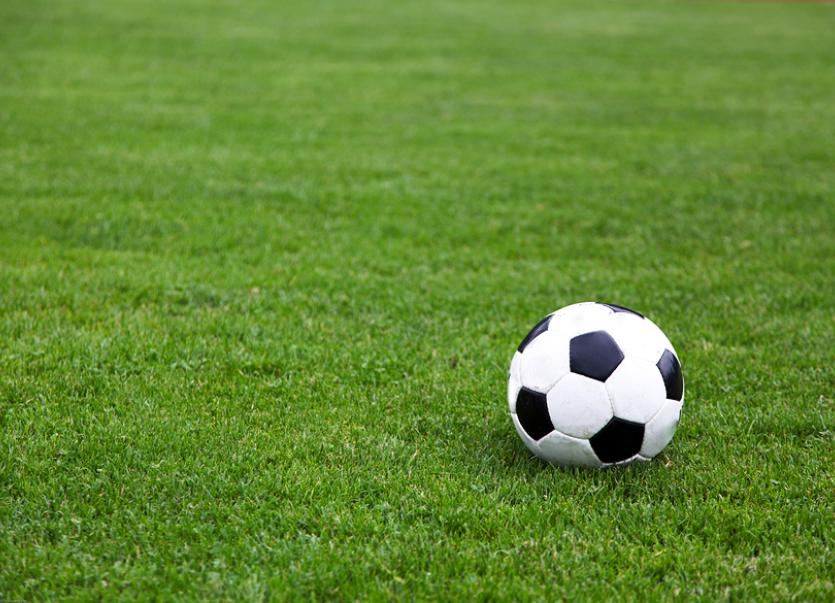 Swilly Rovers and Letterkenny Rovers have enjoyed some pulsating battles over the years - and Sunday's game in the Ulster Senior Legue proved no different.
At the end of a seven-goal thriller, Letterkenny came out on top by the single goal.
It means they stay second, six points behind Cockhill Celtic who beat Finn Harps Reserves.

Swilly Rovers . . . 3
Letterkenny Rovers . . . 4
Letterkenny Rovers edged out Swilly Rovers in a thrilling derby by Lennonside on Sunday as Eamon McConigley’s men look to stay on the coat-tails of Cockhill Celtoc.
Letterkenny had the first good chance of the game on 10 minutes with a header from Paul Boyle after great delivery from Lee Toland.
Soon after, Toland’s corner picked out Boyle who planted a powerful header into the top corner.
Swilly grew into the game and started to dominate. They got the equaliser from a delicate chip from Tony McNamee, while Letterkenny had captain Darren McElwaine sent off just before half-time.
The half started well for Swilly as Daniel O'Donnell put them ahead with a neat finish after a powerful shot from Laurence Toland.
Swilly had two or three chances to get the vital third goal but to their credit Letterkenny came back well when Kevin McGrath got the equaliser for the visitors.
Sub Steve Okakpo-Emeka put Letterkenny ahead in the 82nd minute with a good finish into the corner.
He turned provider for Dean O’Donnell to score his first senior goal for Letterkenny.Swilly kept persevering and got a third goal with three minutes left after Dylan Hegarty converted from a goal mouth scramble.
SWILLY ROVERS: Caolan Bolton, Dylan Hegarty, Paul Bradley, Damien Friel, Brandon Toye, Dan O'Donnell, Ryan Toland, Barry Mooney, Ryan Toye, Laurence Toland, Tony McNamee. Subs: Shay Durning, Ronan Boyce, Mark Wilson, Anthony Gallagher
LETTERKENNY ROVERS: Chris Sweeney, Ryan Lonergan, Lee Toland, Ryan Gildea, Paul Boyle, Chris Flanagan, Brian McVeigh, Kevin McGrath, Darren McElwaineChristy Connaghan, Odhran McMacken. Subs: Steve Okakpo-Emeka, Paul McVeigh, Dean O'Donnell, David O'Donnell, David Shovlin, Conor Tourish, Sean Friel.

Cockhill Celtic . . . 2
Finn Harps Reserves . . . 0
Cockhill came out on top in a game of few chances, the second half especially becoming a midfield battle.
After an even opening, Cockhill took the lead on 14 minutes when Gerry Gill's free kick from the left side found Oisin McColgan at the far post. His ball across was stabbed home by James Bradley. This prompted an immediate response from Harps who had their best spell of the game.
On 19 minutes they went close when a fine run through midfield from Keelan Kearney released Luke Nelis who shot straight at Cullen. Cockhill made it two nil on the stroke of half time with Gill again the architect. His ball from the left found Marty Doherty who controlled and stepped inside a defender before slotting past Jamie Bell.
The second half was a dour affair puncuated by substitutions and free kicks with neither team able to create any chances of note.
COCKHILL CELTIC: Gavin Cullen, Derek Doherty, Jason Breslin, Peter Doherty, Oisin McColgan, Gerard McLaughlin, Conor Keddy, Ryan Varma, Garbhan Friel, Jimmy Bradley, Gerry Gill.
FINN HARPS RES: Jamie Bell, Paul Ferry, Darragh Ellison, Michael Doherty, Sean Rodgers, Aaron McCready, Liam Walsh, Niall McGinley, Odhrán McConnell, Keelan Kearney, Luke Nelis.

Bonagee United . . . 1
Derry City Reserves . . . 2
In a game switched to Saturday night under the lights, it was the Foylesiders who claimed all three points in a game where all three goals came the last 12 minutes.
The first half was one of limited opportunities and the best of them came from Derry forward Dylan Devine who stung the fingers of Gareth Wade with a thunderous effort.
Bonagee had a couple of decent efforts before the break, both from Dean Larkin, but they didn’t trouble Jason McCallion in the visiting goals.
Derry hit the front with 11 minutes remaining when substitute Aaron McGurk fired home.
With Bonagee pushing forward, Derry doubled their advantage when Denver Kelly’s long ball reached Matthew Duffy who slotted past Wade.
Bonagee got a goal back in the last few minutes when Gareth Breslin headed home from a corner.
BONAGEE UTD:  Wade, Breslin, Russell, Frankowski, Hunter, Moran, Larkin, Moran, McCauley, O’Doherty, McLaughlin
DERRY CITY RES: McCallion, McDermott, Farren, Deery, McClure, Kelly, Duffy, Malone, Thompson, Devine, Ward.