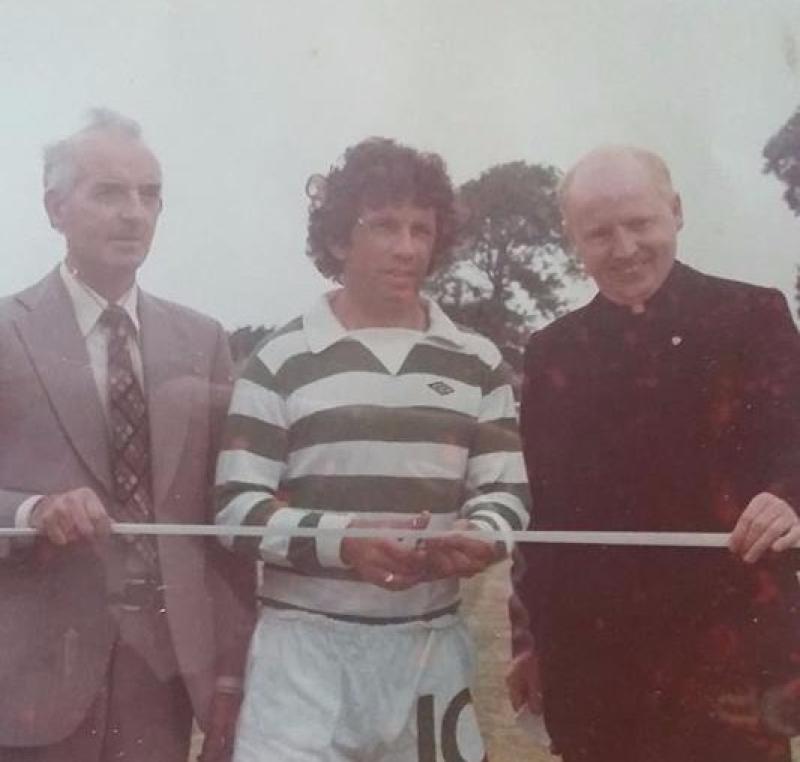 Tom Logue, Johnny Giles and Fr. Dinny McGettigan at the opening of Cranford Park in August 1977.

On Saturday, August 12th Cranford FC will celebrate 40 years since the formation of the club and the opening of Cranford Park with a great day of fun and entertainment.
There are four games of football planned with all proceeds at the gate going to Pieta House North West.
This will be followed by an evening in Logues of Cranford where there will be a BBQ and music.
Memorabilia will also be on display, as well as some storytelling and a number of fun items planned.
Plans are well under way for the event and at this stage the club would like to get the word out to all current and past players, committee members and anybody associated with the club down through the years. Being a rural club in a small community, Cranford FC has relied and been very grateful to have players from surrounding areas play for the club.

Sporting memories
This is a night for all those associated with the club to come together and celebrate 40 years of sporting memories.
Cranford are looking for past players from underage, Saturday and Sunday teams to come forward and let us know if they are interested in being part of one of the football games by contacting the club Facebook page or by getting in touch with one of the organising committee of Michael Logue (0866003527), Seamus McHugh (0879797247) or Philip Buchanan (0866083423).
A great night is promised and there will be more details closer to the time. 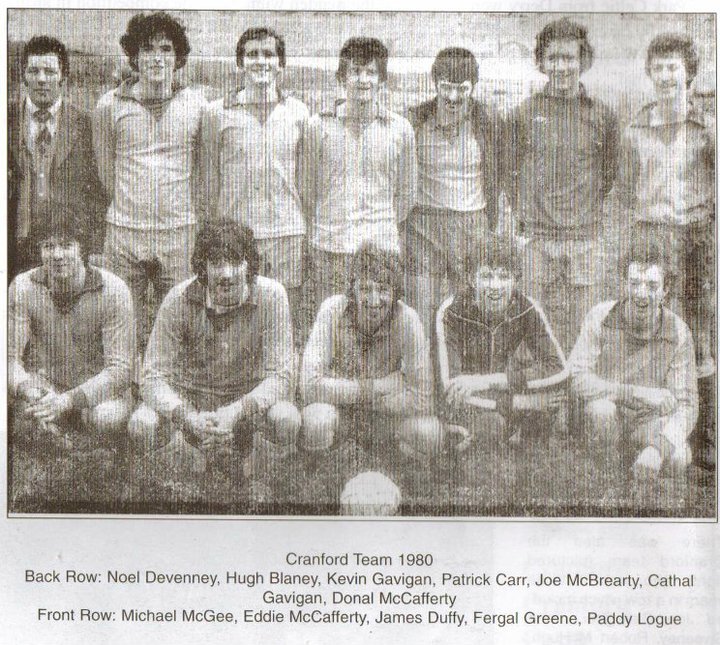