Draw made for the Voodoo Venue Cup 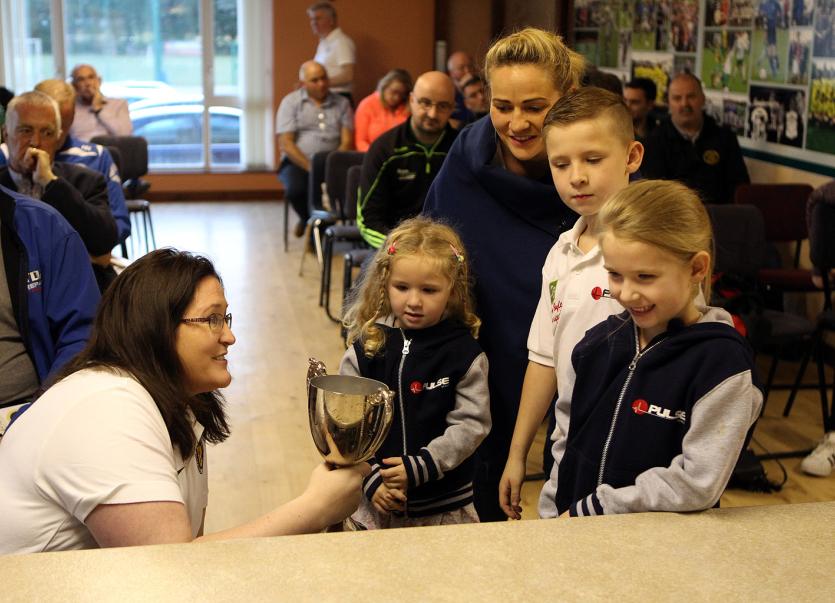 Fixtures Secretary Christina O'Donnell with Michelle Crossan and her children Abbie, Ryan and Rochelle who made the draw for the Voodoo Venue Cup. Photo: Brian McDaid.

The official launch of the new Donegal League season took place at the league's headquarters at Diamond Park, Ballyare on Tuesday night.

Representatives from a number of the league's 38 clubs were present along with league officials, sponsors and special guests.

The league kicked off recently with games in the Brian McCormick Sports Cup and the new-look Saturday League season starts this coming weekend.

Then on Sunday, September 10th, the three Sunday Divisions get underway.

The draw for the Voodoo Venue Cup was made at the launch. Members of the Crossan family who are sponsors of the competition, carried out the draw.