Malseed and Letterkenny Rovers back in the capital

CIE Ranch next up for Ulster Senior League side 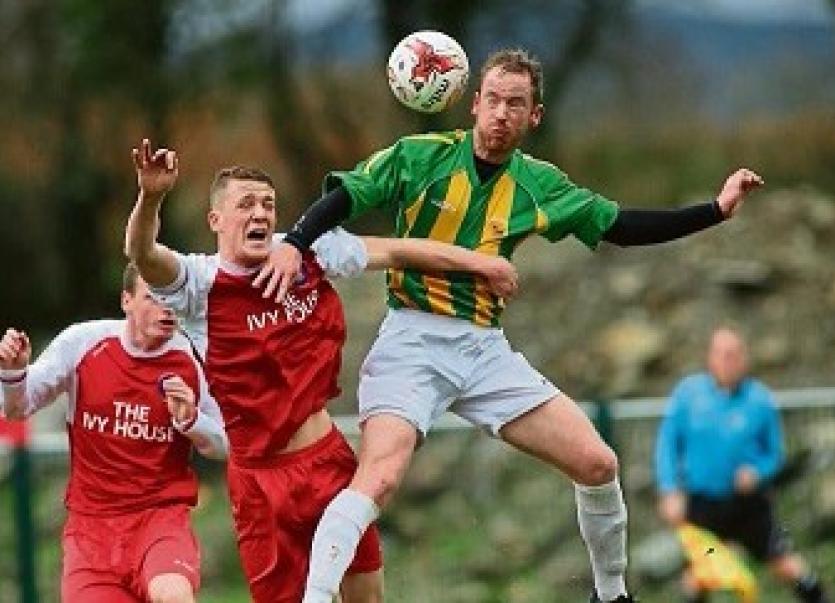 Christopher Malseed in action for the Donegal League side.

Letterkenny Rovers are back on the road this weekend when they return to the capital, this time to play CIE Ranch FC in the FAI Senior Cup qualifying round.
It’s another big cup day for the Ulster Senior League side who will have ambitions of putting together a decent run in the competition which could lead to a meeting with a League of Ireland side.
An away tie on Sunday means it’s another difficult test for Eamonn McConigley’s outfit. CIE Ranch play in Division 1B of the Leinster Senior League and got to the last 16 in the FAI Intermediate Cup before succumbing to the challenge of Avondale United.
Rovers of course went all the way to the last four but had their hopes of an Aviva return dashed when they were beaten by Firhouse Clover in the cup semi-final replay earlier this month.
Since then, Rovers have beaten Bonagee United in a closely fought Ulster Senior League derby, and last Sunday, they beat Glengad United on penalties to qualify for the final of the Knockalla Caravans Cup.

Christopher Malseed, who is one of the form players in the Rovers side at present, said those victories show the spirit that’s in the squad at present.
“Naturally, we were very disappointed to lose out to Firhouse, but we’ve come back with two important victories,” he said.
“We go again now on Sunday. It’s another big match and these are the type of games we all want to be involved in.”
Malseed, at 31, is one of the more experienced players in the Rovers side and has the experience of playing at League of Ireland level with Finn Harps.
“Even before my time at Harps, I played in this competition with Letterkenny when Danny McConnell was in charge. We enjoyed a few decent runs in the FAI Intermediate Cup and there were some big cup matches for the club then too.”
A couple of seasons back, Rovers brought Athlone Town to a replay in the 1st round only to lose to a late goal in front of a big crowd at Leckview Park.
“It’d be great to get a run in this competition again,” Malseed said.
“We’ve a few injuries in the squad, but we’re looking forward to Sunday, and hopefully we can get a good result.”
Sunday’s tie kicks off at 2pm.