Another important weekend of action in the Donegal League 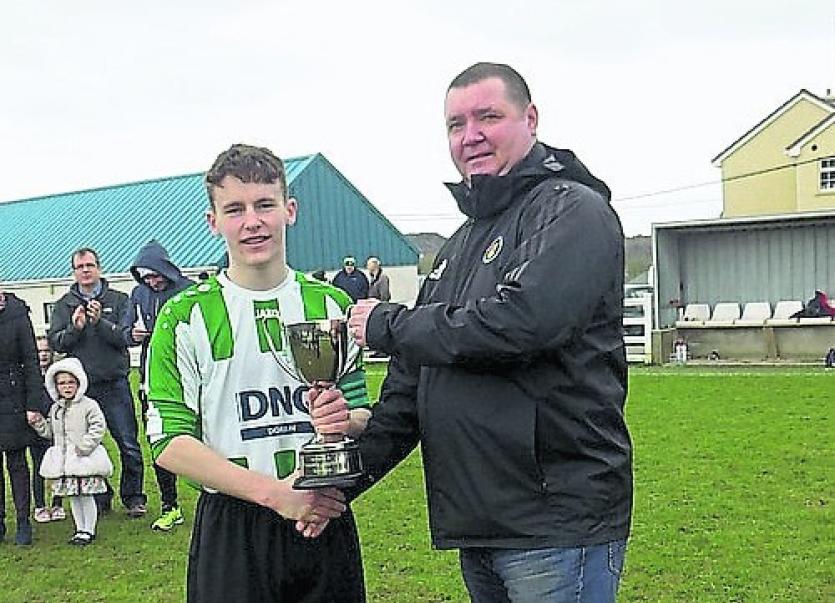 It’s still all to play for in the Brian McCormick Sports Premier Division in the Donegal League and by this Sunday evening, there could be a three-way tie at the top of the table.

Castlefinn Celtic can join Kildrum (who are not playing this weekend) at the top if they win away at Glenea United on Sunday but they will have a gave extra played.

Cappry Rovers are going well too, but they were held at home by Glenea on Wednesday night (2-2). They host Donegal Town on Sunday and will be expected to get back to winning ways.

With a big clash looming between Cappry and Kildrum on the May Bank Holiday, it looks as if the Premier League title will go down to the wire.
Elsewhere on Sunday in the Premier, Lagan Harps entertain Rathmullan Celtic. Rathmullan haven’t been in the best of form this season so could this be Lagan’s chance to end their horrible losing run and earn their first win of the campaign.

Temple Domestic Appliances Division One
With St Catherines being crowned Division 1 champions last weekend and Keadue Rovers also promoted, much of the interest will be on the play-off places for promotion and relegation.
With Dunkineely Celtic already relegated, Convoy Arsenal desperately need a win to survive, but they must travel to champions, St. Catherine’s for their final game.
Raphoe Town have two games left and need to win both to avoid being in the mix. However, they are two tough games, away to Keadue Rovers on Sunday and away to Bonagee on Thursday of next week in the final game.
Bonagee (who don’t play until midweek) and Lifford Celtic (at home to relegated Dunkineely on Sunday) are in a battle for the promotion play-off place, level on points.

Donegal Physiotherapy & Performance Centre Division two
There was just one game in Division Two with bottom team Copany Rovers making the journey to Carrickboyle to take on Gweedore Utd. on Friday night. There were plenty of goals in this one with Gweedore eventually coming out on top, winning 5-3.

There is a heavyweight clash of the top two in the Glencar Inn Saturday Division One with Strand Celtic hosting Glencar Celtic. Glencar hold a three point advantage before this penultimate game, so nothing less than a win for Strand Celtic will be enough to keep their title hopes alive.